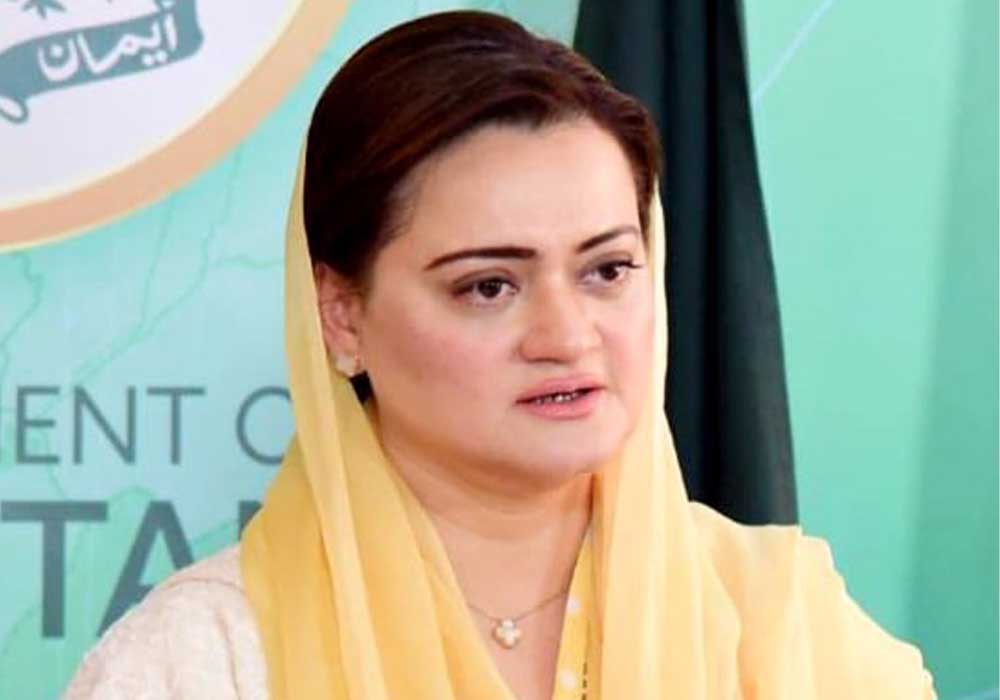 Minister for Information and Broadcasting Marriyum Aurangzeb said on Thursday that the masses had stopped listening to Imran Khan’s false narrative of accusing political opponents of corruption.

Talking to the media persons here, she called Imran Khan a mentally disturbed person. “Educational institutions are being turned into political arenas by the Punjab government,” she said.

The minister said that she was glad to see that youth were moving away from the politics of division and corruption of Imran Khan. She said they had realised that the country was economically far better before Imran’s coming to power. The minister said the process of dragging children into dirty politics should be stopped.

“Pakistan had 6.2 per cent GDP growth rate, inflation was only 3 per cent, over 14000 megawatt power generation had been done, China Pakistan Economic Corridor (CPEC) projects were in progress and youth were getting employment opportunities, health card facility was provided to the deserving people, youth programme was launched to provide jobs to the new generation, motorways were being built.’ She said the youth also knew that due to Imran’s inefficiency and incompetence, the country was facing economic crisis. Moreover, she said that Imran accused other of corruption but he himself was involved in corruption and theft of national resources.

To a question, she said that Toshakhana was an open and shut case and it was not only a case of watches, gifts worth billions of rupees were not declared. Taking dig at Imran she said the person who demanded others should be held accountable for forty years, now he should be held accountable for his own four years tenure. She said Imran had all the powers during his tenure, and all record was available, if someone had committed corruption they should have been punished. Imran Khan would have to answer for his corruption and theft, she maintained.

Meanwhile, a senior Leader of Pakistan Muslim League Nawaz (PML-N), Talal Chaudhry on Thursday lambasted Pakistan Tehreek-e-Insaf (PTI) Chairman Imran Khan for devouring Toshakhana jewellery by presenting fake receipts. Talking to media persons, he said fake receipts of jewellery were arranged in the name of former first lady Bushra Bibi. “The man who used to walk in Hijaz-e-Muqaddas barefooted felt no qualm in selling the gifts received from that country.”

He said Toshakhana was the biggest scandal in the country’s history adding that first the disciple turned out to be a thief and then the mentor caught red handed while plundering government’s exchequer.

A man who called himself Sadiq and Amin (Truthful and Trustworthy) must not be indulged in wrongdoings. Imran even did not spare the Zakat donations, gifted watch and others rights, he added.

If Imran Khan did not do anything wrong, why he was not disclosing his assets and gifts, he said. He said free, fair and transparent general elections would be held in the country after ensuring level playing field for all and sundry. Institutions were working in the country in accordance with the constitution and law of the land, he added.