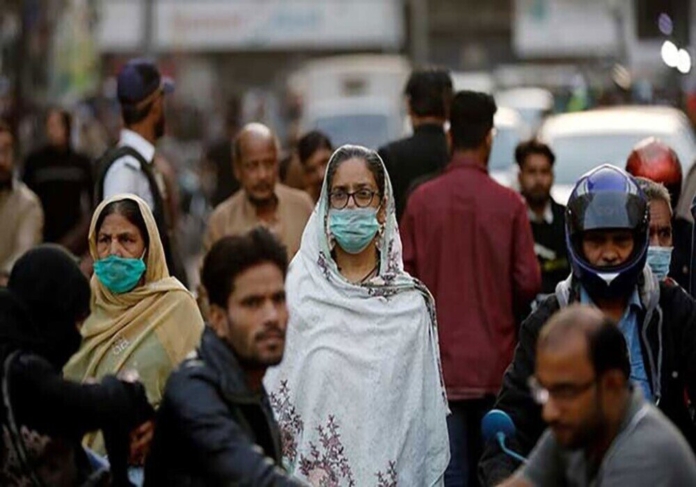 Pakistan reports over 800 new cases as Covid positivity climbs to 4.47pc on Saturday. After the largest daily increase in almost four months, the country is seeing a new surge in cases.

According to the latest data from the National Institute of Health (NIH), a total of 818 cases were reported in the last 24 hours. The number is the highest since March 3 when the country had recorded 953 infections in a day.

On Friday according to the National Institute of Health (NIH), 694 new coronavirus cases were recorded during the last 24 hours, up from 641 a day earlier. The number is the highest since March 10 when 723 infections were detected.

However, no deaths were reported during this period. In a statement, Federal Health Minister Abdul Qadir Patel said the government was taking several measures to control the surge in cases. The National Command and Operation Centre (NCOC) had been holding meetings on a daily basis to overview the virus situation in the country, he said. “But we want the public to adopt precautionary measures and follow standard operating procedures (SOPs) religiously,” he added. “Especially during Eidul Azha, make sure you are wearing masks in public spaces and practicing social distancing,” the minister stressed. “Avoid going to crowded areas, don’t hug or shake hands on Eid and get immunised against the virus,” he added. Patel also urged the ulema to ensure social distancing inside mosques and at religious gatherings.

Meanwhile, Sindh Chief Minister Murad Ali Shah held a meeting of the provincial task force on coronavirus, during which he emphasised that the positivity rate must be brought down before Eidul Azha. The health secretary informed the meeting that the positivity had started rising in the province from June 24. The number of cases on that date was 248, while infections during the last 24 hours rose to 465, he said. It may be mentioned here that Karachi had the highest weekly positivity rate, 19pc, followed by Hyderabad at 0.39pc.