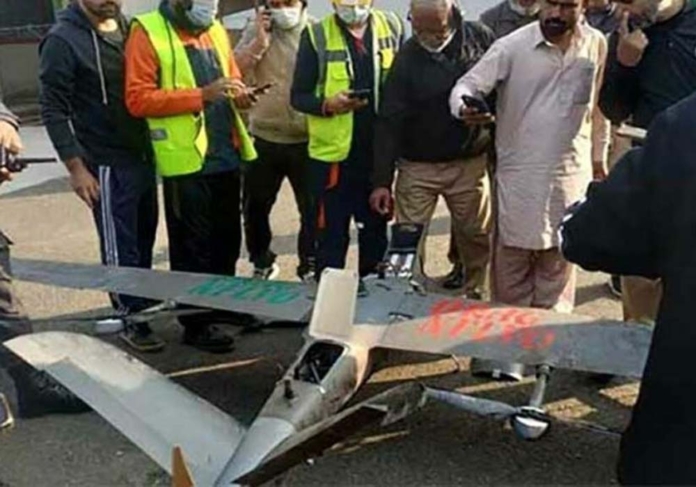 A remote-controlled drone that soared over Lahore undetected landed close to the Orange Line train station at Thokar Niaz Baig on Wednesday.

According to media reports, no injuries were caused due to the drone’s landing in one of the busiest areas of Lahore.

The unmanned aerial vehicle raises red flags for law enforcement due to concerns that it may contain explosives.

According to the Lahore Police spokesperson, who has requested a report from SP Sadar, CCPO Lahore Ghulam Mehmood Dogar has taken notice of the mystery remote control drone that fell in the Chung area of Lahore.

The matter will be thoroughly investigated by the SP President, who will then present a report.

A police official stated that senior officers and representatives of the necessary agencies were on the scene.

It also suggested that authorities are scrutinizing remote-control drones based on evidence.