No ‘terrorist’ can now shut Karachi down: Murad 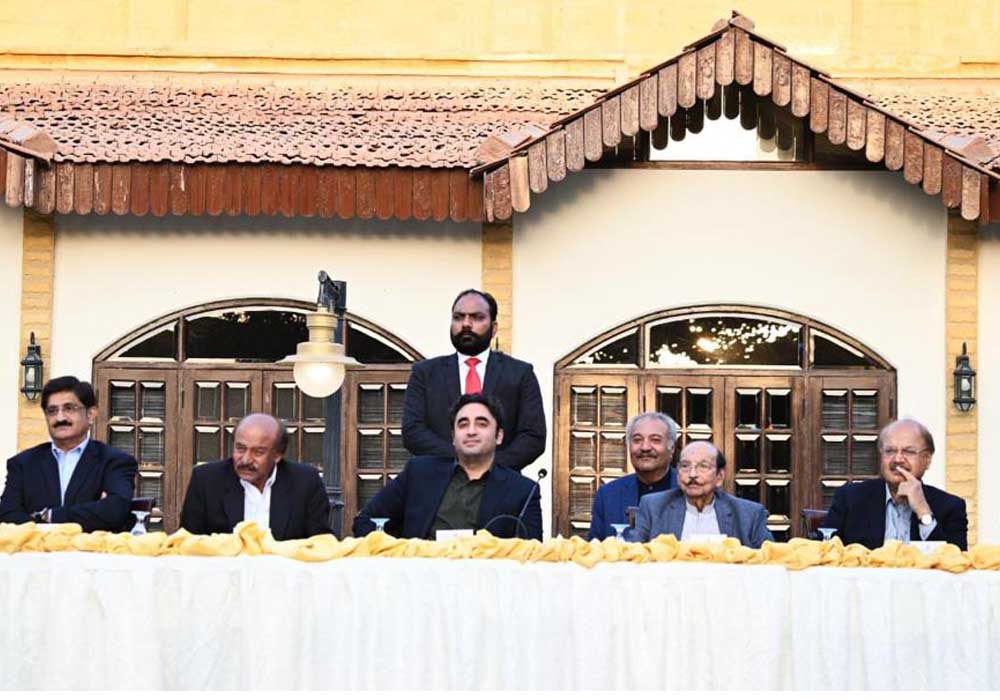 Sindh Chief Minister (CM) Murad Ali Shah has asserted that no ‘terrorist’ can now shut down Karachi, pointing out to the law and order situation of city in 2008.

Addressing the candidates in local government (LG) elections, the Sindh chief minister noted that businesses were forced to close across the metropolis in 2008, regretting that it was ranked the sixth worst city in the world in terms of law and order.

He also criticised the previous federal government, claiming that Pakistan Tehreek-e-Insaf-led (PTI) did not spend a single penny on the provincial capital. “They (PTI) had neglected the city,” he said, lambasting the Imran Khan-led party for ‘just making tall claims’.

CM Murad maintained that now no ‘terrorist’ can shut down Karachi, adding that the development and prosperity of the provincial capital was being carried out and the PPP would change the city.

The Sindh chief minister also vows to curb the rising street crimes in the city, vowing that his party would never let down the citizens. “The right to rule the city belongs only to Pakistan People’s Party (PPP),” he added.

It is pertinent to mention here that the new phase of the Sindh LG polls was scheduled on January 15 in Karachi Division after its postponement for six times.

The street crime data released by police showed deteriorated situation of law and order in Karachi with over 81,000 incidents in 2022.

According to the street crime record of Karachi which stated that more than 81 incidents were reported this year. 52,000 motorcycles were stolen and snatched, whereas, 26,400 citizens were deprived of mobile phones. More than 2,000 vehicles were stolen and snatched. The data also uncovered the poor performance of the police department in curbing crimes and recovering stolen or snatched assets.

According to the report, only 4,000 stolen assets were recovered including 2,900 motorcycles, 600 cars and 530 mobile phones.

The CM said that the youth were enlightened and would respect their own and others’ families. He hoped that the New Year would be the year of restoration of flood victims and the year of strong democracy and economy.