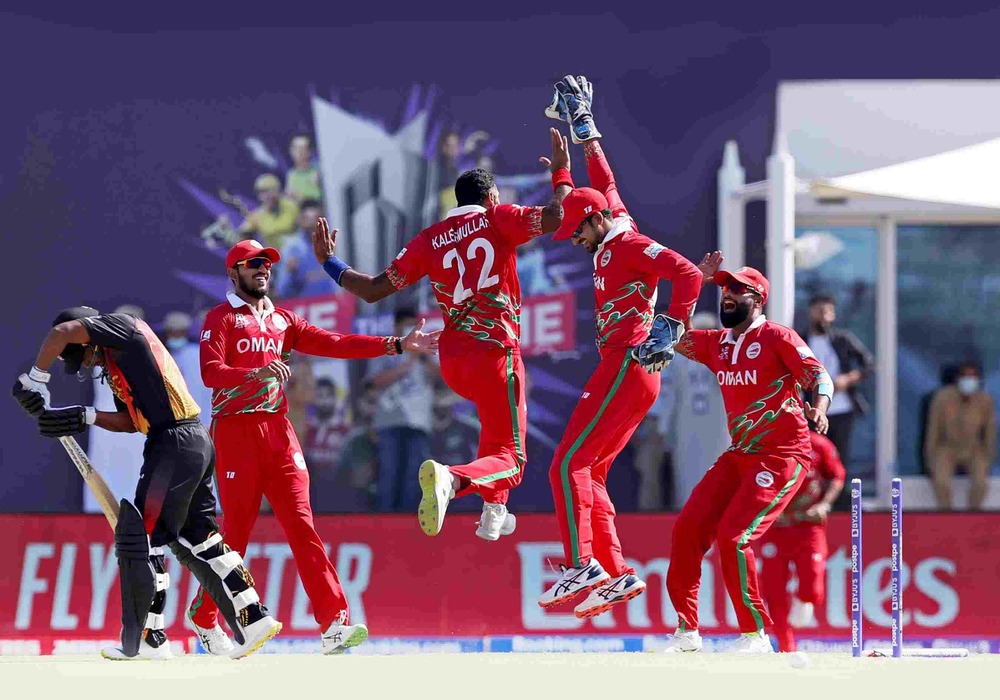 Oman handed Papua New Guinea a 10-wicket rout as the Twenty20 World Cup, which was shifted from India due to Covid-19, got underway in the unlikely surroundings of a 3,000-seat stadium on the outskirts of Muscat on Sunday.

Oman skipper Zeeshan Maqsood returned figures of 4-20, which included three in one over, as tournament debutants PNG struggled to 129 for nine. Openers Aqib Ilyas (50 from 43 balls) and Jatinder Singh (73 from 42) then clattered the PNG bowlers around the ground without being parted to steer Oman home with 6.2 overs to spare. PNG captain Assad Vala, who made 56 off 43 balls, and Charles Amini, who smashed 37, had briefly given their team hope with an attacking third-wicket partnership of 81. “They were batting very well when I got the wickets. And because we got the wickets, they couldn’t put on a big total,” said Maqsood.

Maqsood sent back Norman Vanua, Sese Bau and Kiplin Doriga in the space of five deliveries and later took one more as PNG, who had been 2-0 at one stage, collapsed from 102-3. “It wasn’t a good start with the bat, losing two wickets with no runs,” said Vala.

Later Sunday, Bangladesh face Scotland in the second game of a double-header at the Al Amerat venue. Ireland, Namibia, Netherlands, and 2014 champions Sri Lanka join the fray on Monday. The eight teams in the first round of qualifying are chasing four places in the Super 12 round-robin stage. England, Australia, South Africa, defending champions West Indies, India, Pakistan, New Zealand, and Afghanistan will be waiting with all matches in Dubai, Abu Dhabi and Sharjah.