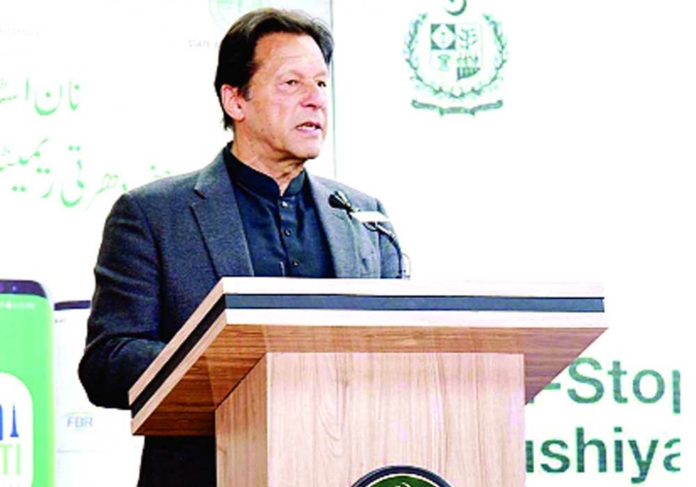 His statement came in the wake of slew of audio leaks that have surfaced on social media purportedly featuring candid conversations between high-profile government representatives, including Imran, PM Shehbaz Sharif and others.

Lately, two fresh audio recordings, purportedly of Imran surfaced on social media in a series of such leaks in recent days – the only difference this time was the one in which he allegedly talked about “horse trading” instead of the US cypher in the other ones.

“These people are making dirty videos to smear me and my party publicly,” Khan remarked while addressing his party’s public rally in Nankana Sahib.

Imran reiterated that he was moving court against the tapping of the secure line of the Prime Minister’s House to find out which intelligence agency was involved in the bugging.

Speaking about NAB amendments, Khan said it was revealed in the Panama Papers leak that the PML-N leader Maryam Nawaz owned four apartments in London “while she did not have enough money to buy such expensive flats”.

The ex-premier also “thanked” the incumbent government for raising the matter of cypher, saying that a judicial commission should be formed to investigate the matter, which allegedly contains evidence of a “foreign conspiracy” against the previous PTI-led government.

“Whenever the cypher is investigated it will come to fore that my government was toppled through a foreign conspiracy,” he remarked.

He also asked party workers and supporters to remain prepared for his ultimate call for the long march to Islamabad, which is aimed at forcing the coalition government to call early elections.

“All of you should prepare for the long march. I am going to give to give you call soon and it will not take long,” he added.

“Whatever you do, you will not be able to stop the people”.