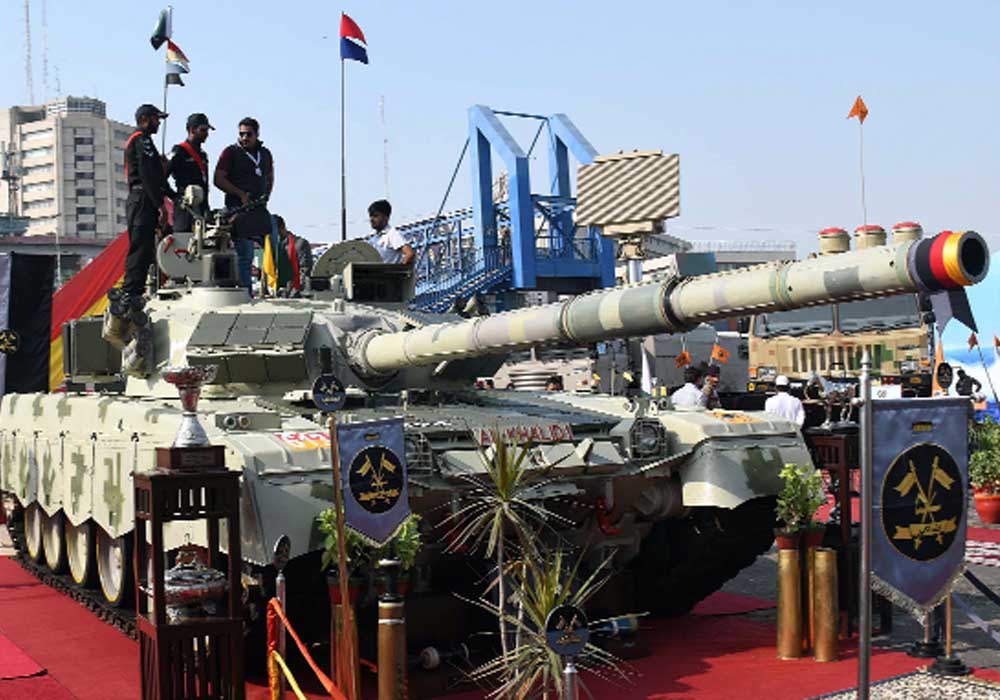 The CAS also visited Pakistan Air Force (PAF) stalls and reviewed the most advanced technologies displayed by Pakistan Air Force at its pavilion, a PAF news release said. Speaking at the occasion, the Air Chief said, “PAF is committed to developing the most innovative technologies in the country, so as to provide the most modern, effective and impregnable aerial defence of Pakistan.” The CAS highlighted a comprehensive plan for the growth of in-country capabilities in the well-established as well as emerging and disruptive technologies in aerospace, cyber, IT, artificial iand quantum computing domains. He also shared the details of PAF’s flagship project National Aerospace Science and Technology Park (NASTP) being spearheaded by the PAF as a project of strategic national importance.

The NASTP project as per CAS’s vision and his own initiative has materialized in record time. Sharing his overall vision for NASTP, the Air Chief said that “the National Aerospace Science and Technology Park will become one of the best Aerospace, Cyber & IT Clusters in the world and will transform the national landscape with design, R&D and innovation centers for emerging and disruptive technologies to foster research, innovation and development in aviation, space, IT and cyber technologies in order to accrue maximum social, economic, security and scientific dividends for the country.”

The event is significantly being commemorated through enhanced participation of the Pakistan Armed Forces, national and international defence industry, OEMs, entrepreneurs, and high-level national and international defence delegations. Pride of Pakistan JF-17 Thunder and Super Mushshak trainer aircraft are also being showcased at the static display.

More than 400 delegates from 57 countries are participating in the exhibition. Additionally, a large number of research and development experts from various countries along with high-level foreign dignitaries, and civil and military officials are attending the mega event. The exhibition will strengthen Pakistan’s strategic ties with the international community while contributing to achieving the common goals of global peace and stability.

Later in a separate meeting, Commander Azerbaijan Air Force, Lieutenant General Ramiz Tahirov also called on Air Chief Marshal Zaheer Ahmed Baber Sidhu, Chief of the Air Staff, Pakistan Air Force. The CAS said that Pakistan values its strong diplomatic, economic and defence relations with Azerbaijan. The visiting dignitary offered heartfelt condolences to the people of Pakistan over the loss of life amidst the devastation caused by floods and appreciated the efforts put in by Pakistan Air Force for the relief and rehabilitation of the flood victims. Both sides agreed to further consolidate existing military-to-military ties, particularly in training and operational domains.

Separately, Inspector General of Police (IGP) Sindh Ghulam Nabi Memon also visited IDEAS 2022. He also visited the first ever display in the history of Sindh Police set up by Special Security Unit-Sindh Police at the exhibition, said a news release. On the occasion he inaugurated All Based Advance Intelligence Data Fusion Center (AIDFC).