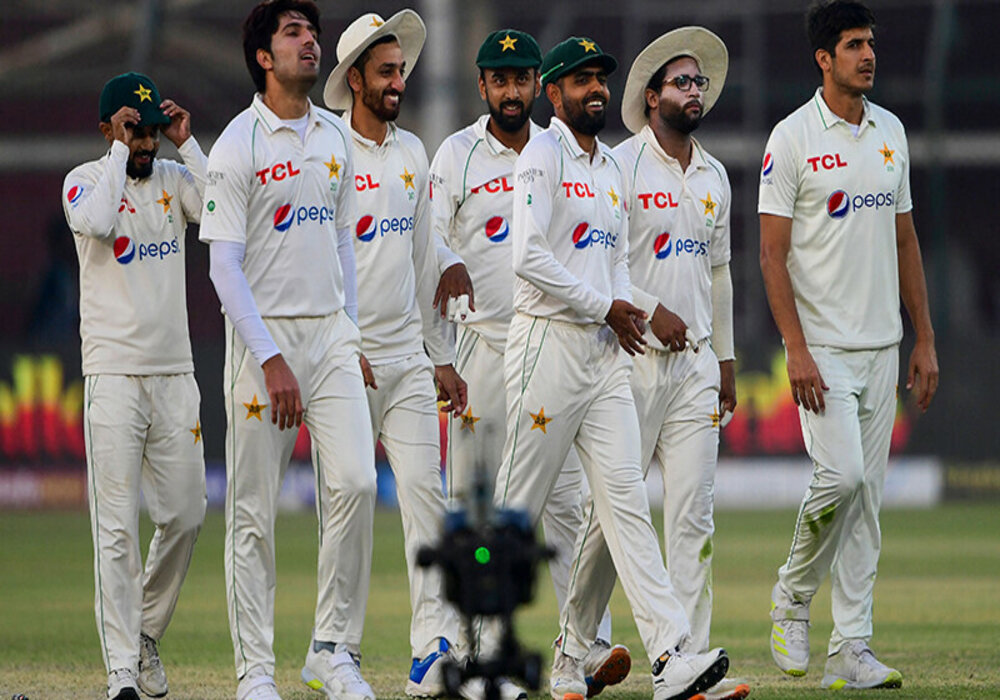 The first Test between Pakistan and New Zealand in Karachi ended in a draw.

On the last day of the Karachi Test, Pakistan declared their second innings after which New Zealand got a target of 138 runs in the remaining 15 overs.

Tom Latham 35 and Devon Conway 18 remained not out when the final day’s game ended. Abrar Ahmed got the wicket of Micheal Bracewell who was out on three runs.

In the second innings, the Green Caps scored 311 runs for the loss of eight wickets and the overall lead over the Kiwis was 137 runs.

On the last day of the match being played at the National Stadium, Pakistan started their second incomplete innings with 77 runs and two players out. Imam-ul-Haq at 45 and night watchman Nauman Ali was at the wicket with 4 runs.

However, Nauman Ali failed to advance his score and was out lbw for 4 runs. National team captain Babar Azam also proved to be a guest of only 14 runs and was lbw to Ash Sodhi.

Ash Sodhi also bowled Salman Ali Agha for 6 runs while Imam-ul-Haq scored 96 runs and was stumped in an attempt to hit a six off Ash Sodhi. Mohammad Waseem Junior also fell victim to Sodhi after scoring 43 runs. Saud Shakeel and Mir Hamza were unbeaten on 55 and 3 respectively.

In the first innings of the Karachi Test, the Pakistani team was dismissed for 438 runs in response to which New Zealand declared their first innings at 612 for 9 wickets.