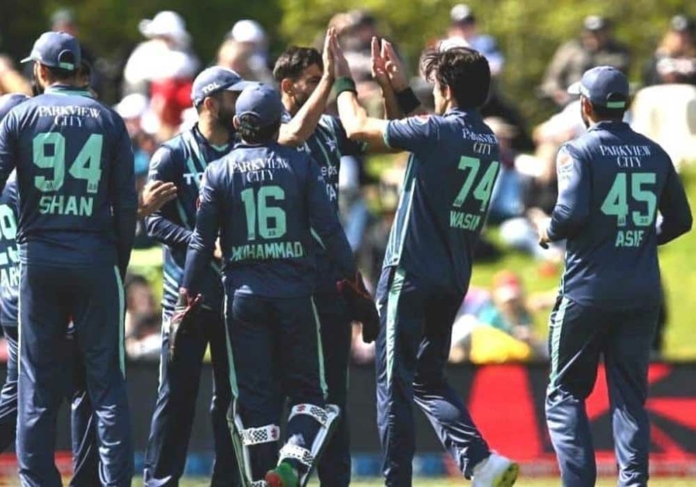 On Friday, Pakistani bowlers limited NZ to 163-7 despite skipper Kane Williamson’s 59 after they chose to bowl first after winning the toss.

Pakistan lost Babar early in the chase of the 164-run target, but the under-pressure middle order was crucial to today’s triumph.

Haider Ali also joined the party after a poor run, he finally managed to hit some boundaries and get his rhythm going. Haider scored quick 31 runs off 15 balls.

Player of the Match was awarded to Mohammad Nawaz for his all-around effort. He also took one wicket in addition to scoring 38 off of 22.

Iftikhar Ahmed hit a final six in the penultimate over to give Pakistan the victory.

The Pakistani captain praised his middle-order hitters for stepping up and performing.

“The praise goes to our team’s performance. At the death, the bowlers were excellent. The middle order played quite well. We rise to the occasion because Haider and Nawaz are excellent,” he stated.

Shaheen Afridi and Fakhar Zaman will also join the team in Brisbane on Saturday whereas Captain Babar Azam will leave for Australia one day before to join the captain’s photo shoot.