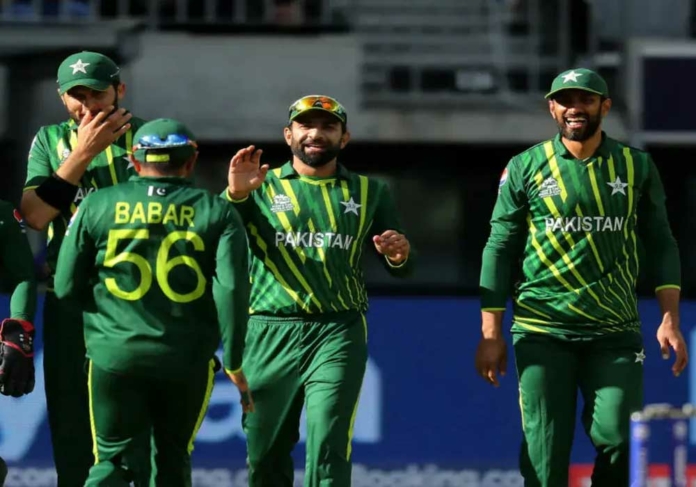 Pakistan won the toss against South Africa and decided to bat first in an all-crucial world cup game.

Pakistan made a surprising change by bringing Muhammad Haris in playing 11. Harris was included in the Pakistan squad from travelling reserves after Fakhar Zaman got injured in a match against the Netherlands.

South Africa’s hard-hitting batter David Miller has been ruled out with back spasms and is replaced by Heinrich Klaasen, while Tabraiz Shamsi comes in for Keshav Maharaj.

The green team requires winning all remaining matches and hopes either Zimbabwe beats India or the Netherlands upsets South Africa.

In total T20I played between both teams, Pakistan has won 11, and South Africa has won 10 matches so far.

In the ICC T20 World Cup, Pakistan has beaten the Proteas in all 3 matches so far.