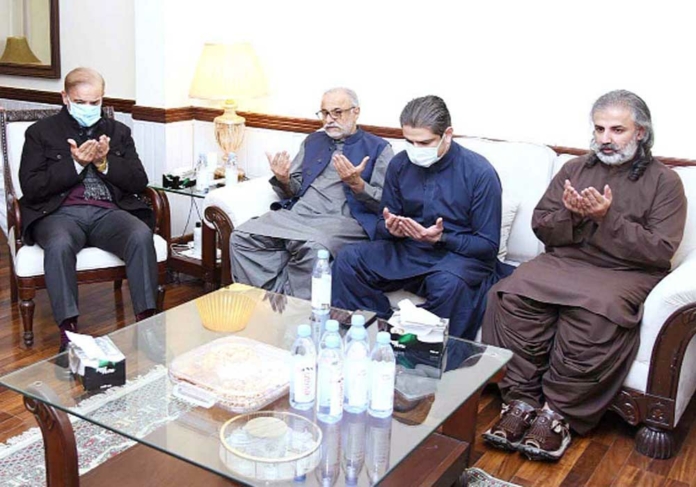 Prime Minister Shehbaz Sharif on Wednesday said Pakistan stood in solidarity with Qatar’s emir and people as the country faced propaganda while hosting the FIFA World Cup. “Unfortunate that Qatar is being subjected to a barrage of propaganda as host of FIFA World Cup,” he said in a tweet. Instead, Shehbaz Sharif said, Qatar should be commended for wonderful arrangements for the mega event and being a promoter of global peace and development.

Condolence: Shehbaz Sharif visited the residence of Riaz Mahmood Khan Mazari, a member of the National Assembly, and offered condolence over the death of his father, former caretaker prime minister Sardar Balakh Sher Mazari. The prime minister prayed for the high ranks of the departed soul, PM’s Office Media Wing said in a press release. He observed that late Mazari’s contributions to the country were matchless which would be remembered for long. Shehbaz also offered condolence to his Principal Secretary Syed Tauqeer Shah over the death of his mother. During the visit to the residence of Tauqeer Shah, the prime minister prayed for the departed soul and for the grant of patience to the bereaved family.