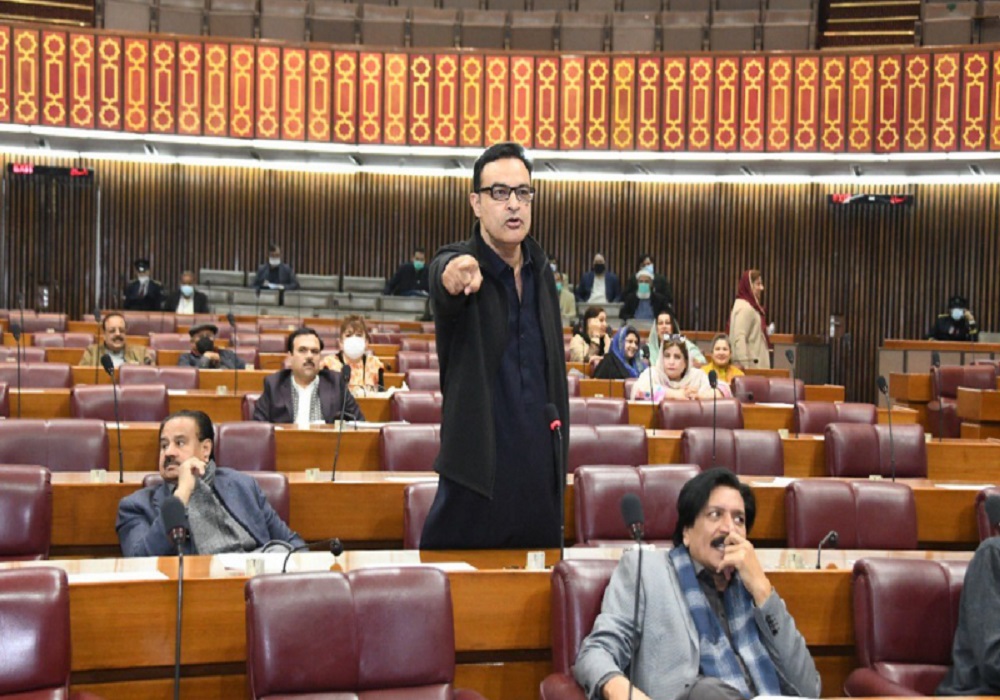 A member of the National Assembly belonging to the ruling Pakistan Tehreek-i-Insaaf (PTI) party, who had been critical of Prime Minister Imran Khan, has lost his position in the Public Accounts Committee.

In a circular doing the rounds online, the National Assembly Secretariat appeared to have replaced PTI lawmaker Noor Alam Khan with Dr. Haider Ali Khan in the Public Accounts Committee. 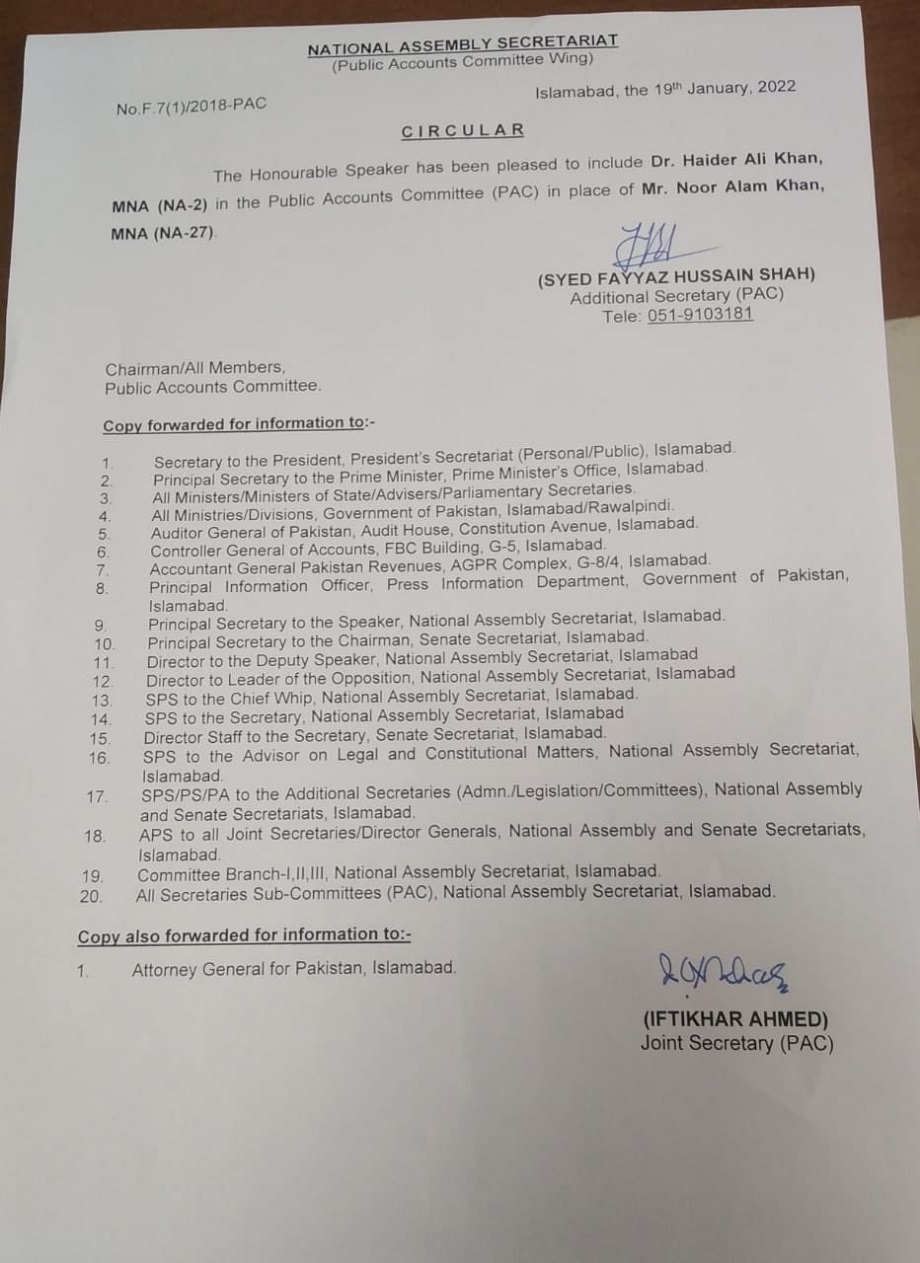 The development comes following MNA Noor Alam’s diatribe on the parliamentary floor last week, wherein he slammed his own party’s government for “ignoring” Khyber Pakhtunkhwa (KP). He demanded that the high ranking cabinet members, including the premier, be placed on the Exit Control List.

Khan said that members from the front row benches of the house were the main culprits of the chaos. He mirrored the comments made by Defense Minister Pervez Khattak, who brought up the matter of a ban on new gas connections in KP.

Earlier this week on Monday, PTI issued a show-cause notice to Khan for criticizing the party’s senior leadership. The notice was served to him by PTI KP President Pervez Khattak and he has until January 24 to submit a reply.

Speaking with a local newspaper, PTI MNA Noor Alam Khan said that he rejected the notice. He said that Khattak did not have the authority to serve such a notice, which must come from the party chairman. He said that he stood by his statements and would not withdraw his comments which were made for the plight of the KP public.

The parliament’s Public Accounts Committee ensures parliamentary oversight on the public exchequer. The committee examines accounts which show the allocation and utilization of sums for the government’s expenditure. Moreover, it probes the annual finance accounts of the government and the report of the auditor-general.