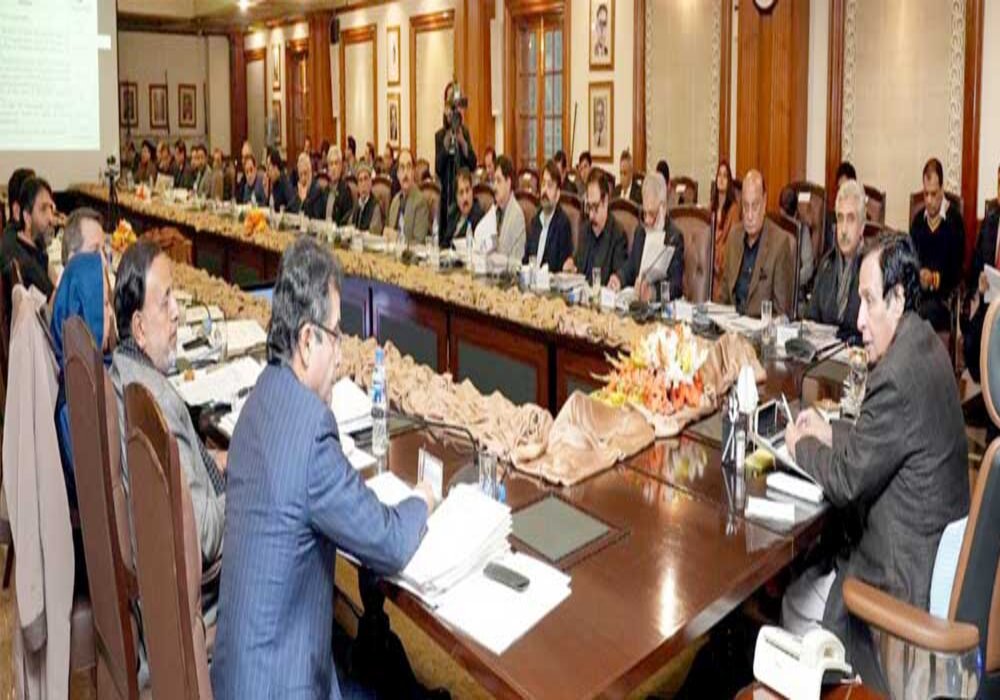 The Punjab Cabinet granted approval to merge Zakat & Usher, Social Welfare and Bait-ul-Mal departments and with the merger of three departments, a single department of Social Protection will be established. The Cabinet paid tributes to Chairman PTI Imran Khan for collecting funds for the flood victims by telethon. The cabinet also lauded the exemplary services of Dr. Sania Nishter, Head of Punjab Ehsas Programme being rendered in the flood relief programme.CM acknowledged that Imran Khan feels the pain of the sufferings of common man.

The CM maintained that we want the Sindh government to provide authentic data at the earliest so that the deserving can receive his due right and share. CM highlighted that the direct distribution programme through the Bank of Punjab without any interference is an example of its own. Punjab holds the distinction to constitute first disaster release management system. Dr. Nasia Nishter, DG PDMA presented a comprehensive briefing to the Punjab government about the assistance programme being provided to the flood victims.

Those families with up to two children will be awarded a grant by linking family planning with Punjab Ehsas Programme. The World Bank will provide a grant of $130 million for the success of family planning programme. The Punjab Cabinet expressed its serious reservations over the attitude of federal government for not paying the amount of universal health insurance programme and demanded from the federal government to soon release pending dues of Punjab. The cabinet granted approval for the establishment of Khatamun Nabieen (SAW) University in Lahore and also allocated funds of Rs.1 billion for the provision of other facilities.

The committee will comprise senior Provincial Minister Mian Aslam Iqbal, Mian Mahmood ur Rashid, Murad Ras, Hashim Dogar, Asif Nakai and others. The committee will submit its recommendations to the cabinet soon. Approval was also granted to make induction on 632 posts in the Labour and Human Resource department, on the 1784 posts for the secretaries of union council in the Local government and Community Development, for inducting Excise inspectors in the Excise & Taxation department and for making induction on the 416 approved vacant posts from grade 5 to grade 15 in Excise & Taxation department.

Approval was also accorded to make induction for Assistant Food Controller, food Grain Inspectors and Food Grain Supervisors in the food Department. A high level departmental committee will do induction according to merit as well as rules and regulations. Approval was also granted during the Cabinet meeting to set up state of the art film production studio and cinema complex for the revival of film industry and the scheme was granted ADP approval.