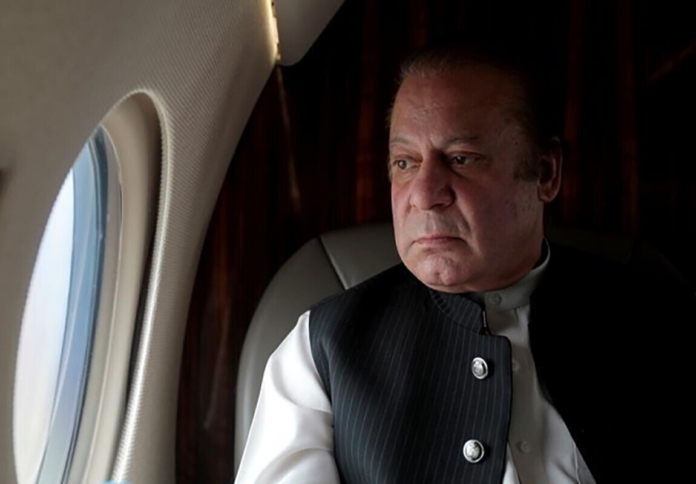 A documentary named ‘Behind Closed Doors’ is all set to release in Pakistan which will detail upon money being laundered to London and the alleged corruption of the Sharif family.

The trailer features a short clip of Imran Khan saying, “When we look at the laws, I’m talking about richer countries as a whole; they tend to favor the crooks.”

In the trailer, journalist Arshad Sharif says that accounts were created in the name of low-wage employees who are not subject to taxation. “Money was placed in those accounts and eventually ended up in the accounts of Mr. Hamza Shahbaz, Mr. Salman Shahbaz, or Mr. Shehbaz Sharif himself,” he said, adding, “..they claimed that people used to enter banks accompanied by gunmen.”

It also features journalists calling London as a “second house of Sharifs” and a “money launderers’ paradise”.

According to the official website of ‘Behind Closed Doors’, the documentary highlights “Politically Exposed Persons (PEPs), people who hold a public function and as a result present higher risks of being involved in bribery or corruption.”

PTI leader Taimur Ali Jhagra claimed that the documentary will be available on Netflix as well. He further commented that it was sad to see how these people were getting power again and again.

Behind Closed Doors.
A film about corruption. Coming soon to Netflix / Amazon Prime. The truth is out there. In Pakistan, sadly it just seems to lead back the same people to corridors of power, again and again. pic.twitter.com/HdVvGNuBS1

However, there is no current confirmation of it being released on Netflix.

PTI leader Fawad Chaudhry who is part of the documentary also shared it on his social media handles with the caption “coming soon”.

Meanwhile, State Minister for Petroleum and PML-N leader Musadik Malik highly criticized PTI for the documentary trailer and alleged, “that’s where they (PTI) spend all their secret [Prohibited] funding. All the campaigns against the martyrs, the institutions, and these videos are foreign-funded.”

PTI leader Raja Bashart also mocked the Sharif family by saying, “A proud moment for the House of Sharifs!”

A proud moment for the House of Sharifs!
“Behind Closed Doors”https://t.co/Uy4EdsSf5i pic.twitter.com/nHLRuJt76t

PTI leader Syed Zulfi Bukhari also shared the video and said, “Congratulations Shareef family you have successfully made the cut!”

Hassan Niazi, while sharing the trailer, stated that it will be a “mega hit embarrassment for Pakistan”.

This will be mega hit embarrassment for pakistan but much awaited too as well. https://t.co/ag9m6aDiad