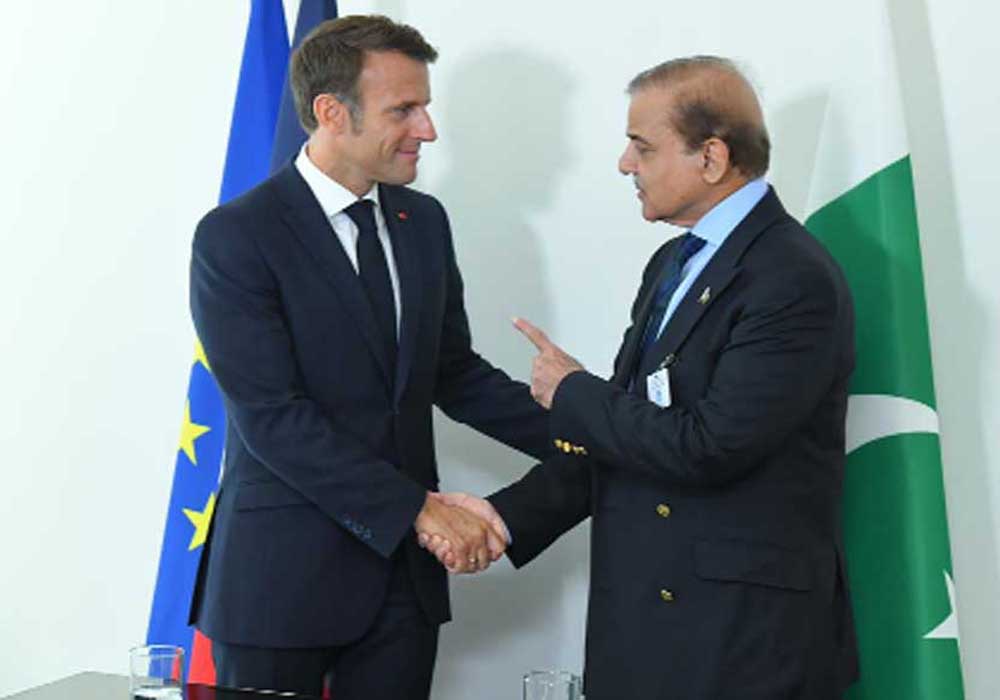 The understanding was reached during a meeting between Pakistan’s Prime Minister Shehbaz Sharif and French President Emmanuel on the sidelines of the 77th Session of the UN General Assembly (UNGA) in New York on Tuesday.

Besides exchanging views on enhancement of bilateral relations, the two leaders agreed on mobilizing international support for Pakistan to help recover and rebuild its economy on a sustainable footing in the aftermath of the recent devastating floods related to climate change.

In order to gather the relevant international financial partners and development partners, France will host an international conference before the end of the year aiming at  contributing to the rehabilitation and the reconstruction of flood affected areas of Pakistan and, with the help of climate-resilient reconstruction related financing, to accelerate transition to renewable energy.

The prime minister said that despite having a negligible contribution to global carbon footprint, Pakistan was among the most vulnerable to its devastation as manifested in the unprecedented floods.

He stressed that climate change was a potential area of cooperation between the two countries and for collective global action.

Shehbaz reaffirmed high importance Pakistan attached to its long-standing friendly relations with France both bilaterally and in the context of European Union. The prime minister also thanked France for its support for GSP+ scheme, noting that it served to enhance trade and economic ties with the European Union as well as France.

Separately, the prime minister met Iranian President Ebrahim Raisi on the sidelines of the 77th session of the United Nations General Assembly (UNGA).

The prime minister recalled his warm and cordial meeting with President Raisi on the sidelines of the SCO Summit in Samarkand earlier this month and underscored his commitment to enhancing ties with Iran in diverse fields.

He reiterated his gratitude to President Raisi and to the people of Iran for their solidarity with the Pakistani nation in the wake of massive floods. 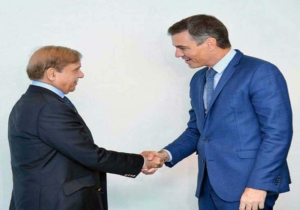 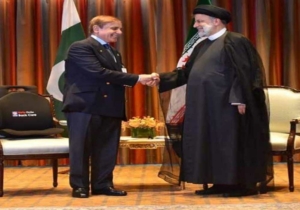 During the meeting, the two leaders agreed to further deepen and broaden bilateral cooperation across a broad range of areas, including economic and trade, energy and connectivity, cultural contacts, and people-to-people links.

The prime minister conveyed that Pakistan highly valued the Iranian supreme leader’s strong and steadfast support for the just struggle of the people of Indian Illegally Occupied Jammu and Kashmir (IIOJK).

He expressed hope that President Raisi would visit Pakistan soon. 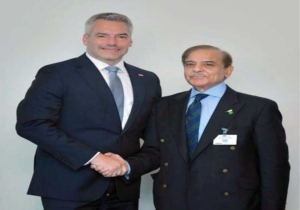 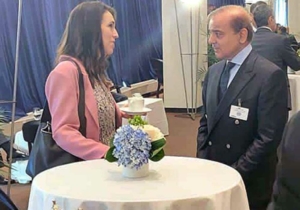