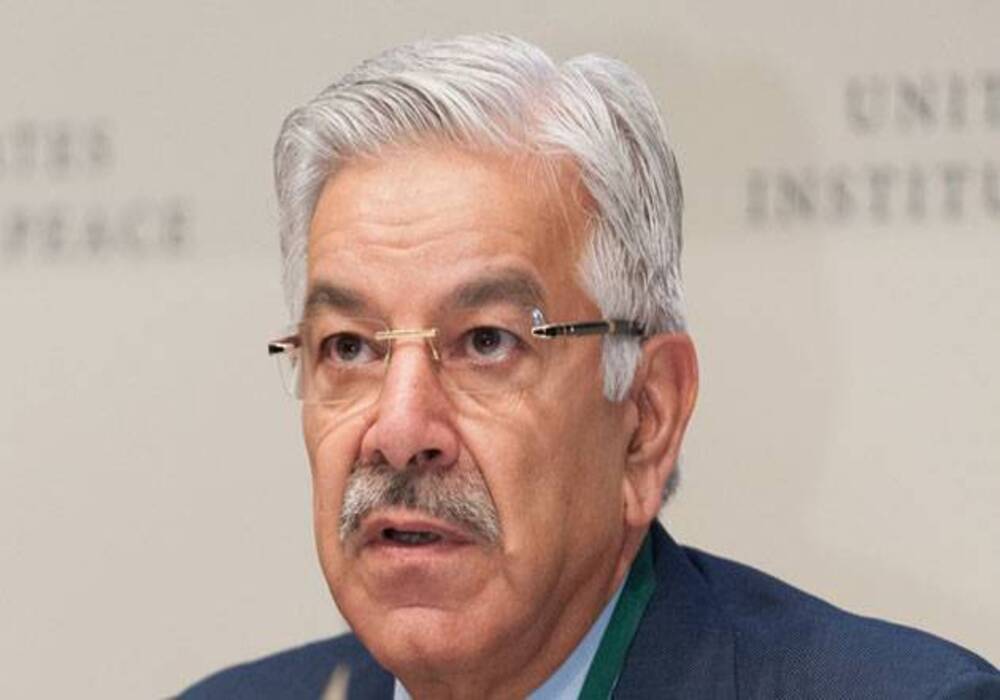 The Islamabad High Court (IHC) on Wednesday extended its stay order till the next hearing against the proceedings of the trial court in a defamation case against ex-federal minister Khawaja Muhammad Asif.

Chief Justice Athar Minallah heard the case filed by Khawaja Asif seeking to stay the trial court’s proceedings against him in the defamation case. At the outset of the hearing, Prime Minister Imran Khan’s lawyer Advocate Waleed Iqbal appeared before the court and requested it to adjourn the hearing as he did not get the court notice. The court accepted the request and adjourned the hearing till January 20.

Khawaja Asif had challenged the decision of the trial court regarding curtailing his right of cross-examining witnesses and an affidavit of Imran Khan. Asif had leveled false allegations on Shaukat Khanum Memorial Trust during a press conference in 2012 over which Imran Khan had filed a defamation case against him, seeking Rs10 billion in damages.

Separately, IHC imposed a fine on a citizen, Fidaullah, for filing an unnecessary case challenging the qualification of Prime Minister Imran Khan. The court directed him to submit Rs10,000 fine in the funds allocated for the provision of lawyers for needy litigants. The court stated that such applications were against public interest and caused wastage of courts’ time.

An accountability court on Wednesday sought comments from National Accountability Bureau (NAB) over the acquittal plea of a co-accused in the reference against former director general Sindh Building Control Authority Manzoor Wassan and others. Judge Muhammad Azam Khan heard the acquittal pleas of ex-administrator KMC Rauf Akhter Farooqi and Najamuzaman in the aforesaid reference. The court also postponed the indictment due to the acquittal pleas. It asked the anti-graft watchdog to submit its comments against the petitions of the co-accused till February 7.

Meanwhile, an accountability court on Wednesday adjourned till February 1 hearing of the reference pertaining to Narowal Sports City Complex against ex-federal minister Ahsan Iqbal and others. The hearing was adjourned without further proceeding due to electricity load shedding. Many other cases were also adjourned without any proceeding owning to the same issue.