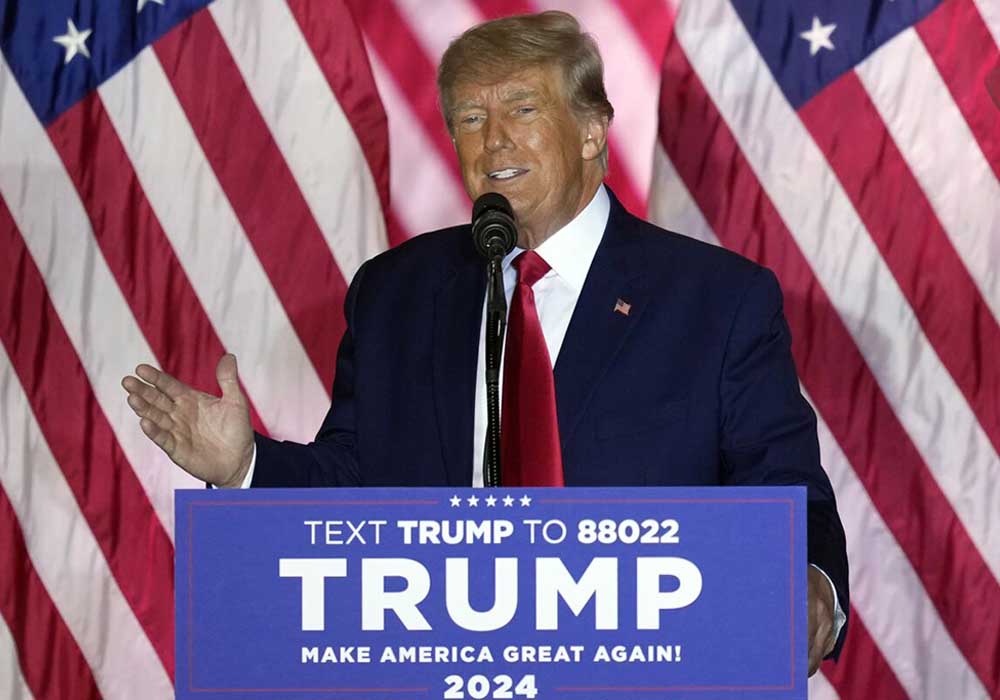 Former President Donald Trump is planning to hold the first public campaign event of his 2024 White House bid in the early-voting state of South Carolina.

Campaign spokesperson Steven Cheung told The Associated Press on Thursday that Trump will visit South Carolina later this month. No other details were immediately announced.

Since announcing his latest presidential run in November, Trump has limited his public campaign appearances to events at his Mar-a-Lago estate in Florida before an invited crowd or in a virtual setting.

The South Carolina visit, first reported by Politico, comes as Trump´s campaign has faced criticism, even among some longtime allies, for its low profile since the announcement.

Trump remained popular in South Carolina throughout his term in office after his decisive 2016 primary victory in the state helped cement his status atop a wide field of rivals. Heading into the 2024 campaign, it’s unclear how broad his support is in the state, although he has at least one high-level backer among the South Carolina’s GOP leadership.

The night that Trump announced his 2024 bid, South Carolina Gov. Henry McMaster – who, as lieutenant governor in 2016 was the first statewide-elected official in the country to endorse Trump – said he would again support the former president.

A spokesman for McMaster´s campaign didn´t immediately return a message Thursday regarding whether the governor would attend Trump´s event or was part of the planning for it. The governor´s spokesman said he would wait for an official announcement from the Trump campaign to comment. Trump’s visit to South Carolina comes as two of the state’s top Republicans mull 2024 bids of their own.

Nikki Haley, a former governor and onetime UN ambassador, said she would take the holiday season to consider a White House campaign, though she told the AP in 2021 that she wouldn’t seek the presidency if Trump were already in the race.