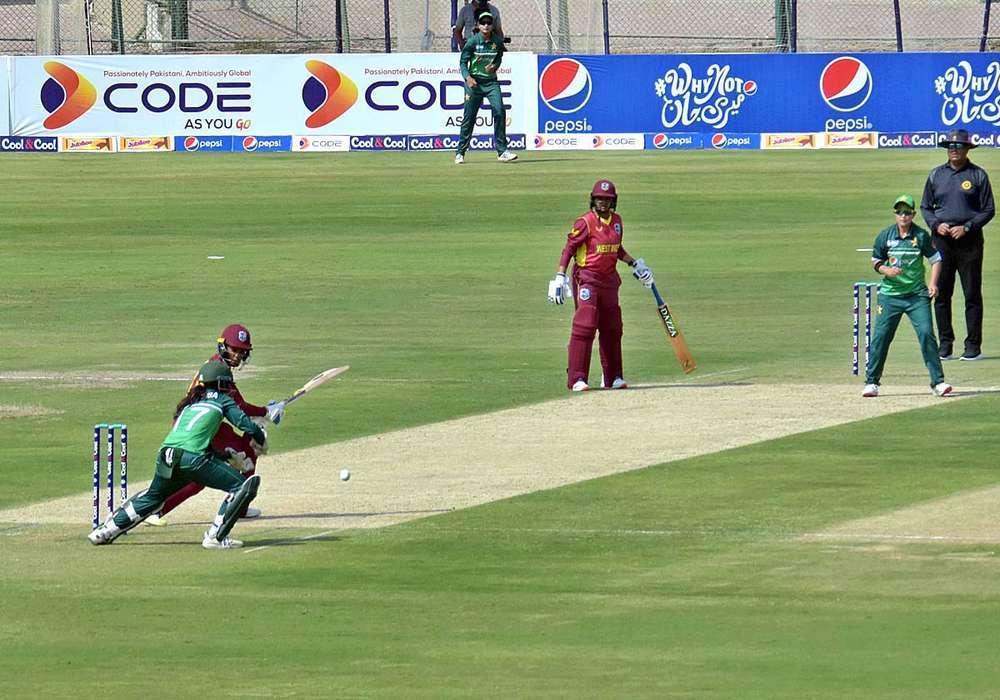 All-rounder Hayley Matthews produced a stellar performance with bat and ball to spearhead West Indies women’s 37-run win in the low scoring second ODI against Pakistan at the National Stadium Karachi on Thursday.

The victory gave West Indies an unassailable two-zero lead in the three-match series with the third and final match scheduled for Sunday at the same venue. The visitors won the first match by 45 runs on Monday.

Chasing a 154-run target, Pakistan were bowled out for 116 in 39.2 overs. Omaima Sohail (27) and captain Javeria Khan (24) were the only batters to post a 20 plus score as the West Indies bowlers maintained a stranglehold on the scoring besides chipping in with wickets at regular intervals.

Earlier, West Indies were bowled out for 153 in 45.4 overs. Pakistan bowlers and fielders had a brilliant outing after captain Javeria Khan won the toss and opted to bowl first. Pacer Fatima Sana who took five wickets in the previous match took two wickets in one over to peg the visitors back in the 12th over.

Pakistan got the prized wicket of first match’s centurion Deandra Dottin (34) via a run out with the score at 64 in the 20th over.

Pakistan made regular inroads after dismissing Dottin, Fatima was ably supported by Anam Amin and Omaima Sohail who both took two wickets each conceding 21 and 25 runs respectively.