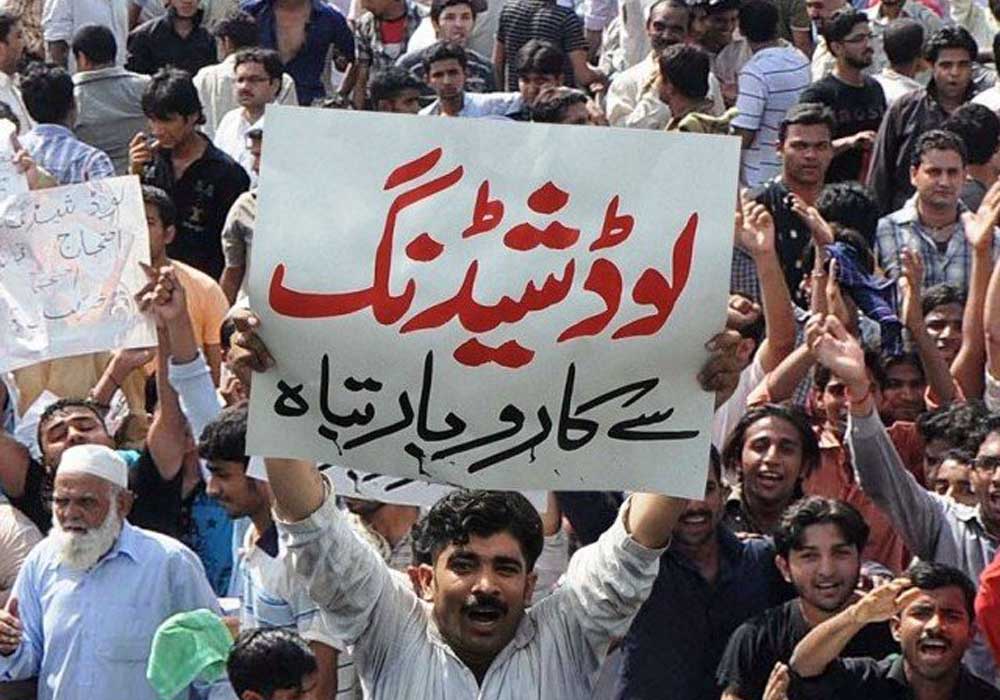 A 60-year-old woman reportedly died in Karachi’s Mauripur area on Tuesday following police action at a protest against hours-long load shedding in the city.

The woman was identified as Meeran Bibi, wife of Abdul Karim. She was a resident of Hingorabad.

However, police denied that the woman died as a result of police brutality against the protesters. The City senior superintendent of police (SSP) said the deceased was aged 70 and died a natural death. “Negotiations are underway for the autopsy of the deceased,” he added. The police officer said K-Electric should be booked for the death, and added that the protesters were out on the roads as they did not have power for the last 12 hours. “Police have footage of the incident,” he said, adding that people should not pay heed to “baseless rumours”.

Meanwhile, protesters hurled stones at the police and the force retaliated with teargas and baton-charge. They also arrested several protesters after talks between the two sides failed. Due to power outages, residents took to the streets and blocked roads in Liaquatabad, Jahangirabad, Nazimabad, PIB Colony, Korangi Town, Ilyas Goth, Landhi Future Morr and Korangi Allahwala Town localities, which resulted in massive gridlocks across the city.

A spokesperson for the traffic police said that unless an official of the K-Electric talked to the protesters and the utility restores their power supply, it would be difficult to disperse the protesters. Due to excessive outages, people are also facing water shortage. Residents said they were given power for an hour after facing two-hour outages. In several areas, there has been no electricity for up to six hours.

In Baldia Ittehad Town, Qaimkhani Colony, Gulshan Ghazi, Gulshan Areesha, Scheme 33 Garden, Malir, Rizwan Society, Korangi Ilyas Goth, Burns Road, City Railways Colony, and Nusrat Bhutto Colony, people are facing load shedding from 11pm to 1am and 4am to 7am. They said there was no timing for unannounced load shedding.

However, according to latest reports, the protest ended in the evening after the Karachi police met officials from the power utility and assured protesters that their grievances would be addressed.

DIG South Sharjeel Kharal said that Karachi Commissioner Mohammed Iqbal Memon had called a meeting at his office, which was attended by K-Electric officials. He said the commissioner ad called another high-level meeting regarding power outages today (Wednesday).

Subsequently, Deputy Commissioner (DC) South Abdul Sattar Isani held talks with the protesters who vacated Mauripur Road after being assured that their grievances and demands – release of detained protesters, exemption from load shedding on Tuesday night and an inquiry to ascertain the cause of death of an elderly female protester – would be addressed.