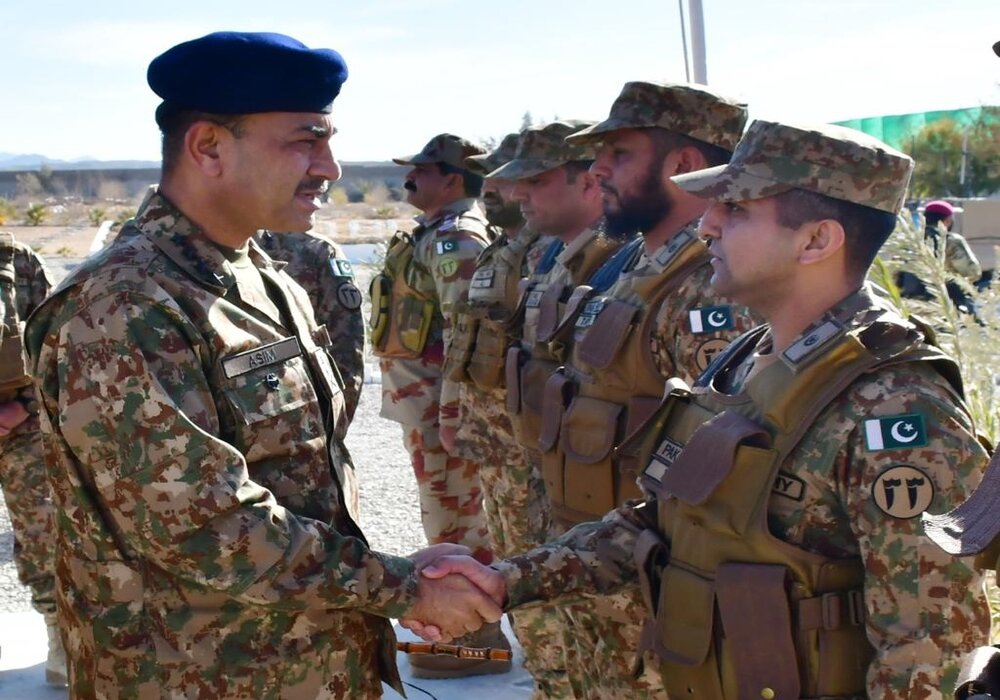 According to ISPR, COAS was briefed on the prevailing security situation and Formation’s operational preparedness along with measures being taken to ensure a peaceful and secure environment.

While interacting with troops COAS emphasized maintaining optimum operational readiness to thwart the attempts by foreign-sponsored and supported hostile elements to destabilize Balochistan.

We are aware of the nefarious designs of external enemies of Pakistan to disturb the hard-earned peaceful environment in Balochistan, COAS remarked.

COAS said that Army’s deployment and operations are being focused in Balochistan to provide an enabling environment for benevolent people-centric socioeconomic development.