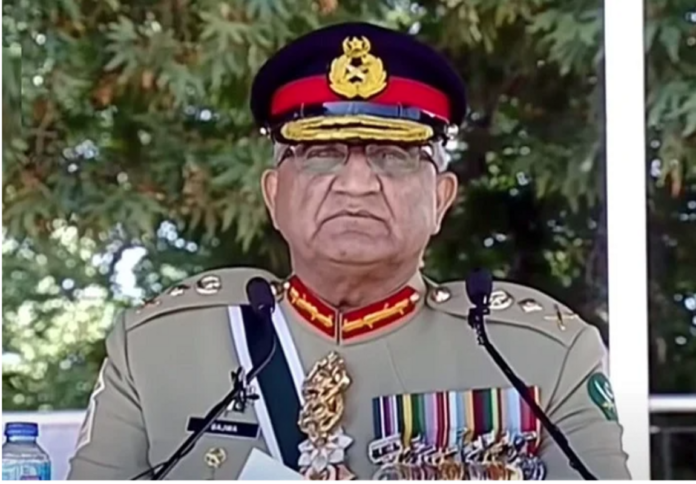 Chief of Army Staff (COAS) General Qamar Javed Bajwa said that the army made great sacrifices to free Pakistan of terrorism. He also said that people should not listen to fake propaganda, the security of this country is in safe hands.

On Saturday, while addressing the passing out parade at Military Academy Kakul, General Qamar Javed Bajwa congratulated the passing out cadets and said that they should be proud that they are going to be a part of this great army.

He also said that it is a moment of pride for all cadets to pass out from this institution.

General Bajwa said that the army had made great sacrifices and our desire for peace should not be considered a weakness.

The army chief said that Pakistan is a peaceful country and wants good relations with its neighbours, and is willing to resolve all issues peacefully.

General Bajwa further said not to pay attention to any fake news and propaganda, the security of Pakistan is in strong hands and no country, group, or organization will be allowed to destabilize Pakistan politically or economically.