Elections according to law, not on Imran’s whims: Asif 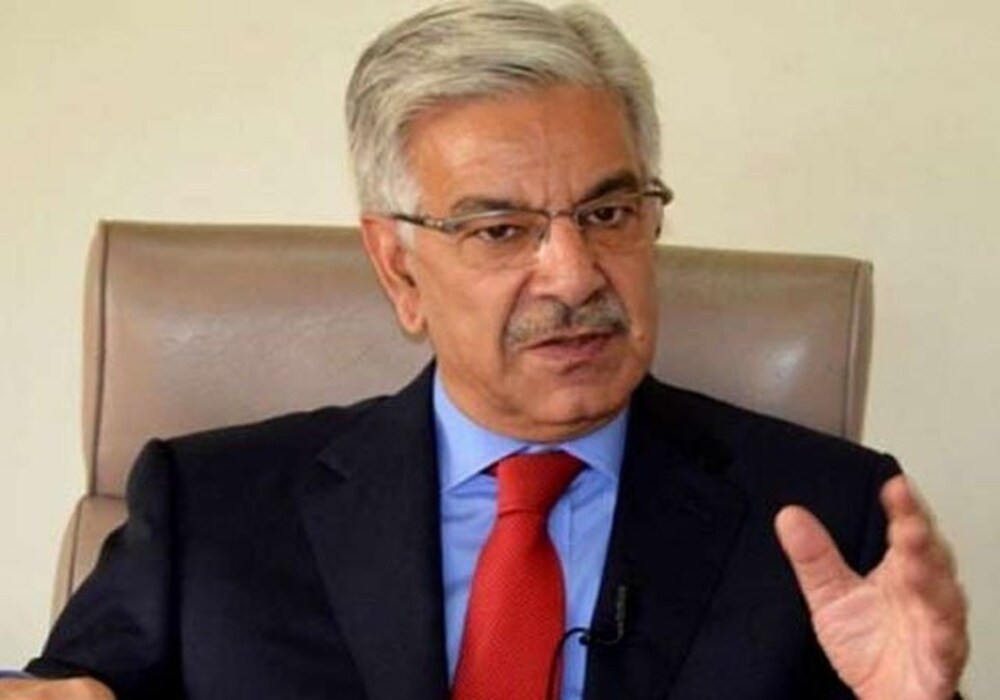 Federal Minister for Defence Khawaja Muhammad Asif has said on Sunday that the elections would not be held on the demand of Imran Khan, but according to the country’s constitution and law.

He said general election could not be held under anyone’s pressure and decision in that regard would be taken by Prime Minister Shehbaz Sharif in consultation with coalition partners. Former prime minister Imran, he said, attempted to make the national institutions controversial, but he failed. Addressing a Pakistan Muslim League-Nawaz (PML-N) workers’ convention on Sunday, he said that Imran Khan’s biggest regret is that he could not get an opportunity to select the army chief of his choice, adding that he wanted to appoint an army chief who would allow him to extend his rule for another 10 years. Kh Asif said that Pakistan Tehreek-e-Insaf (PTI) Chairman Imran Khan, during his around four-year tenure in government, destroyed the national economy. He said people were suffering as a consequence of Imran Khan government’s failure and wrong policies.

He said Imran Khan used to say that he would commit suicide but not take loans. However, in the history of the country, no government took as much loan as the previous government of Imran Khan did. The federal defence minister said that the coalition government in Centre was trying day and night for the last eight months to improve and revive the country’s economy. It is determined and very soon it would be able to bring the country’s economy on the right track, he added. He said that Prime Minister Shehbaz Sharif and the allies were trying their best to provide relief to the common man. Asif said the lies and thefts of Imran Khan had come to the fore in the form of audio leaks. He sold out jewellery worth Rs 6 billion from Toshakhana for only Rs 15 million. He alleged that Imran Khan and his wife had turned politics into a business. The minister said that during the PTI four-year rule, false cases were registered against PMLN leaders, and they, including he himself, were kept in prisons. “But by the grace of Allah Almighty, we were cleared of all fake cases,” he added.