Imran to JIT: Terror case is a ‘joke’ 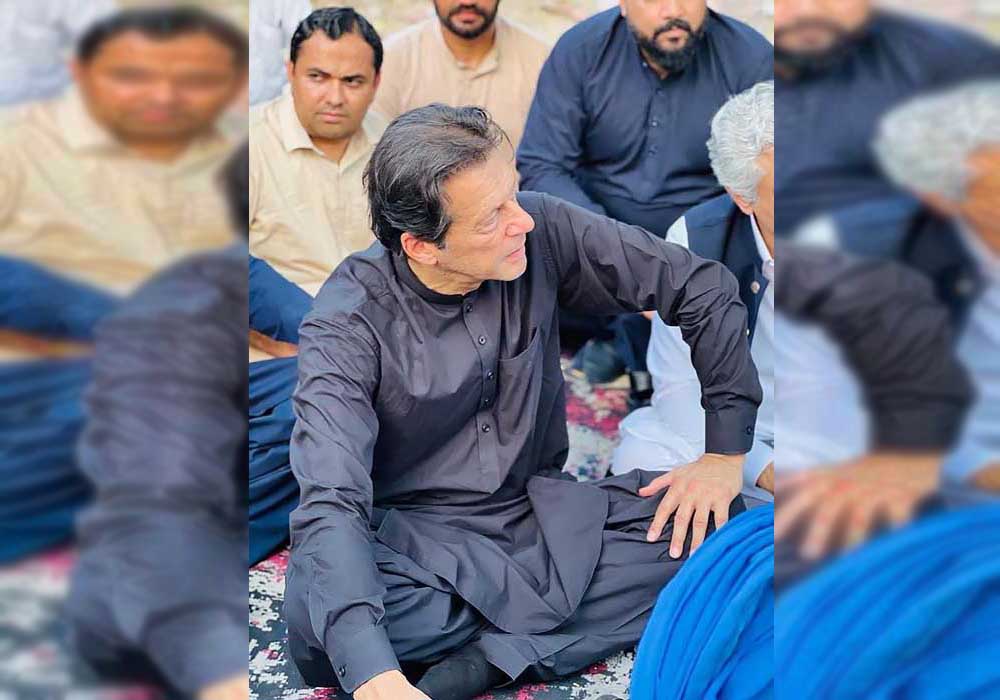 Pakistan Tehreek-e-Insaf (PTI) Chairman Imran Khan on Wednesday appeared before the Islamabad police’s joint investigation team (JIT) for questioning in connection with the terrorism case registered against him.

At around 2pm, the former premier arrived at the office of the senior superintendent of police (SSP) on the directives of an anti-terrorism court (ATC) after refusing to appear before the JIT thrice. He was accompanied by PTI leaders Chaudhry Fawad and Shibli Faraz.

The PTI chief was booked for terrorism under Section 7 of the Anti-Terrorism Act (ATA) for making controversial remarks against Additional Sessions Judge Zeba Chaudhry and officials of the Islamabad police during a rally in Islamabad on August 20.

Earlier this week, the ATC had extended the ex-premier’s bail until September 20 and instructed him to become part of the investigation.

In his visit to the SSP office – which lasted for 20 minutes – Imran was given a questionnaire by the JIT.

Talking to the media before the questioning, Imran said that a “sea of people would be coming out” against the government and the PTI was preparing for it.

“I was silent before because of the economic conditions, the floods came […] so we decided to protest peacefully,” the PTI chief stated, warning that if he gave the call “the government won’t able to bear it”.

“You will not be able to bear the day I give a call, because people are already cursing you […] you go out and public curses you […] PPP in Sindh is hiding. This is an imported government; robbers have been imposed on us through a conspiracy,” he said, adding that “free and fair” elections were the only way forward for the country.

Talking about the terror case against him, Imran said that “it is a joke”.”This is a joke in front of the entire world. Why? Because everyone knows me! There have been headlines across the world that an FIR (first information report) has been registered against Imran Khan on terrorism charges.”

Meanwhile, Imran, along with Punjab ministers and leadership, visited the flood-affected village Chhatani of Taunsa Sharif.

He expressed condolences with the heirs of deceased and offered Fateha for the departed souls. He also took round of the village for a firsthand account of the devastation caused by flood. He also dispatched 20 trucks of relief goods to the flood-affected areas.

Speaking on the occasion, Imran Khan said he would request the Punjab chief minister to declare Taunsa Sharif a district.