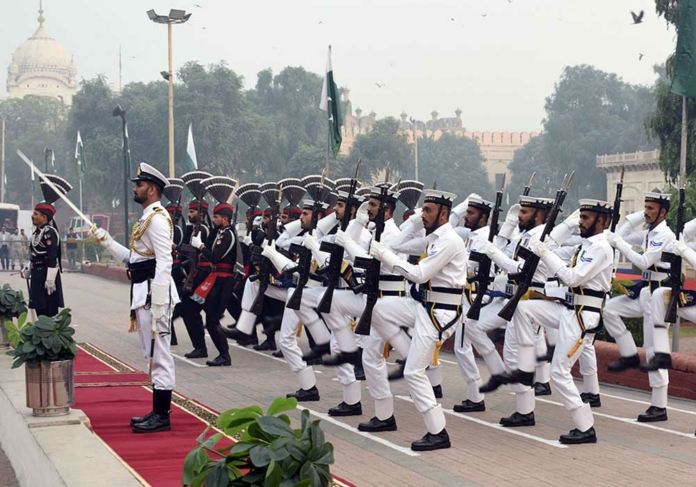 The 145th birth ceremony of the poet of the east, Dr Allama Iqbal, was observed throughout the country with great enthusiasm.

The Iqbal Day dawned with special prayers in the mosques for the peace, national integrity, prosperity and development of the country. The federal government had announced a public holiday across the country for the day. Different public and private organizations arranged special events to pay homage to the great poet. A change of guard ceremony was held at Mazar-e-Iqbal in Lahore where a smartly-turned-out contingent of Pakistan Navy assumed responsibility of guard from the Punjab Rangers. 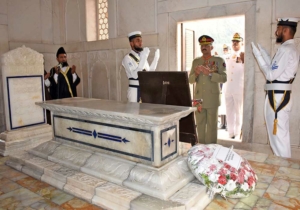 The 145rd birth anniversary of national poet, who with the vision of independent state inspired the creation of Pakistan, was being celebrated across the country. A smartly-turned-out contingent of Pakistan Navy clad in immaculate whites, assumed ceremonial guard duties with traditional spirit and enthusiasm. Meanwhile, the outgoing Rangers ceremoniously moved out of the Mazar lead by their officer-in-charge. Both the outgoing and incoming guards of Pakistan Navy and Pakistan Rangers were inspected by station commander (Navy) Lahore, Commodore Sajid Hussain.

The ceremonial guard mounting was followed by wreath laying at the mausoleum of the national poet by station commander (Navy) on behalf of the chief of the naval staff, officers, sailors and civilians of Pakistan Navy. Later, the station commander offered Fateha and recorded his impressions in the visitor’s book. The ceremony was observed by military and civil officials and general public.

Vice Chancellor of Punjab University (PU) and Government College University Lahore (GCU) Prof. Dr. Asghar Zaidi along with teachers visited Mazar-e-Iqbal and laid wreaths and offered Fateha there. According to PU spokesman, the VC paid rich tribute to Dr Allama Muhammad Iqbal while noting down comments in the visitors log. On this occasion, the Vice Chancellor said, “Iqbal Day is actually a day of accountability for us. We should think whether we have understood the teachings of Allama Iqbal in true spirit or have we followed it in a correct manner?” adding that it was necessary to benefit from the teachings of Allama Iqbal. 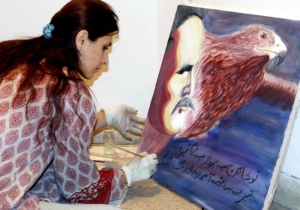 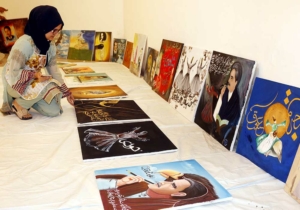 The VC said that Iqbal’s philosophy was a beacon for the youth. ‘Shaheen’ in Iqbal’s poetry was not just a poetic term but Allama Iqbal wanted to see these qualities in the youth. “We are proud that Allama Dr. Muhammad Iqbal had been student of Government College University (GCU) and University of the Punjab (PU),” he mentioned.