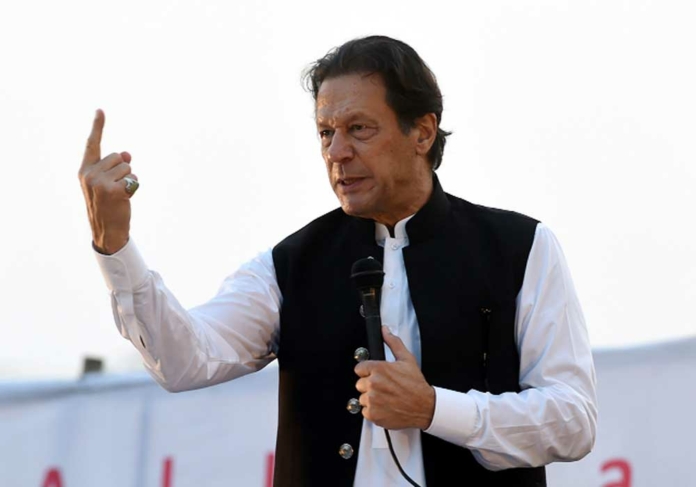 Pakistan Tehreek-e-Insaf (PTI) Chairman and former prime minister Imran Khan on Monday said that he is not afraid of martial law.

Addressing the PTI’s participants in the Mor Aimanabad area of Gujranwala, the former prime minister expressed his gratitude to his supporters, saying that in his way towards the city, people showered their love for him. He reiterated that his movement was not about doing politics but a ‘jihad’ to bring real freedom in the country. Imran stated that his party’s caravan would arrive in Islamabad in nine days and explained that the reason he was bringing his followers there was to bring real freedom to the nation.

Slamming Prime Minister Shehbaz Sharif, Imran said the one who plunder Rs24 billion had been allowed to come into power. He went on to say that the nation would get freedom when the law was the same for both the privilege and underprivileged segments of society. Taking a dig at PML-N supremo Nawaz Sharif, PML-N Vice President Maryam Nawaz, former president Asif Ali Zardari and Interior Minister Rana Sanaullah, Imran said that the biggest mafia of the country had been imposed on the masses. Recalling that when Nawaz was asked to provide a money trail, he ran away, Imran said that now the PML-N supremo wanted a suitable situation for himself and understanding with the powerful segments.