Over 47,000 pregnant women in shelter camps across Sindh 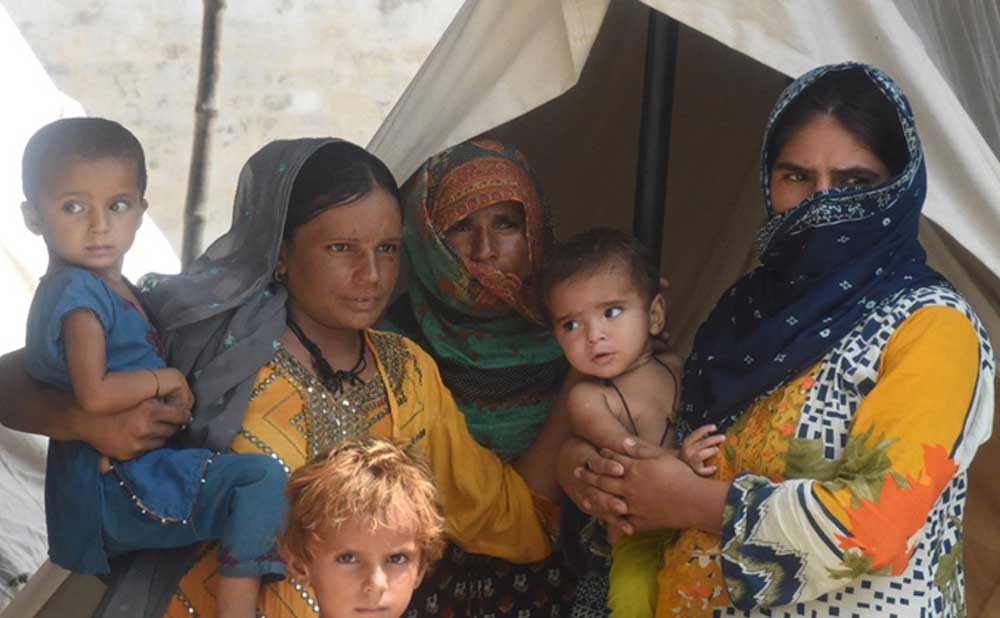 Dr Azra Pechuho, health minister of Sindh, painted a bleak picture of women affected by the unprecedented floods in Pakistan, saying at least 47,000 pregnant women in the shelter camps across the province are in urgent need of maternal health services.

Last week, the United Nations Population Fund (UNFPA) said many of these women lack access to the healthcare facilities and support they need to deliver their children safely.

Even before the floods, the women faced numerous reproductive health challenges and had one of the highest maternal mortality ratios in South Asia.

Speaking to a media outlet, Pechuho said hundreds of thousands of people have contracted various diseases after the floods.

The minister said that other cases, including respiratory diseases, were on the rise in Sindh.

Climate change has increased health pressures on pregnant women, new mothers, and their families in Pakistan, and exacerbated existing inequities in maternal and newborn health. The negative impacts of climate change are unevenly experienced, with pregnant women among the groups most severely affected.

The latest statistics came days after the UN agency also warned that many women and girls were at an increased risk of gender-based violence as almost one million houses were damaged in the catastrophic floods that spelt suffering for millions across Pakistan.

“Up to 73,000 women expected to deliver next month will need skilled birth attendants, newborn care, and support,” the UNFPA said.

It added that pregnancies and childbirth cannot wait for emergencies or natural disasters to be over as this is when a woman and baby are vulnerable and need the most care.

“UNFPA is on the ground, working with partners, to ensure that pregnant women and new mothers continue receiving life-saving services even under the most challenging conditions,” acting UNFPA Pakistan Representative Bakhtior Kadirov said.

The damage to roads and bridges also compromised girls’ and women’s access to health facilities, it added.