No back-channel contact with Imran, he didn’t let go of any opportunity to harm country 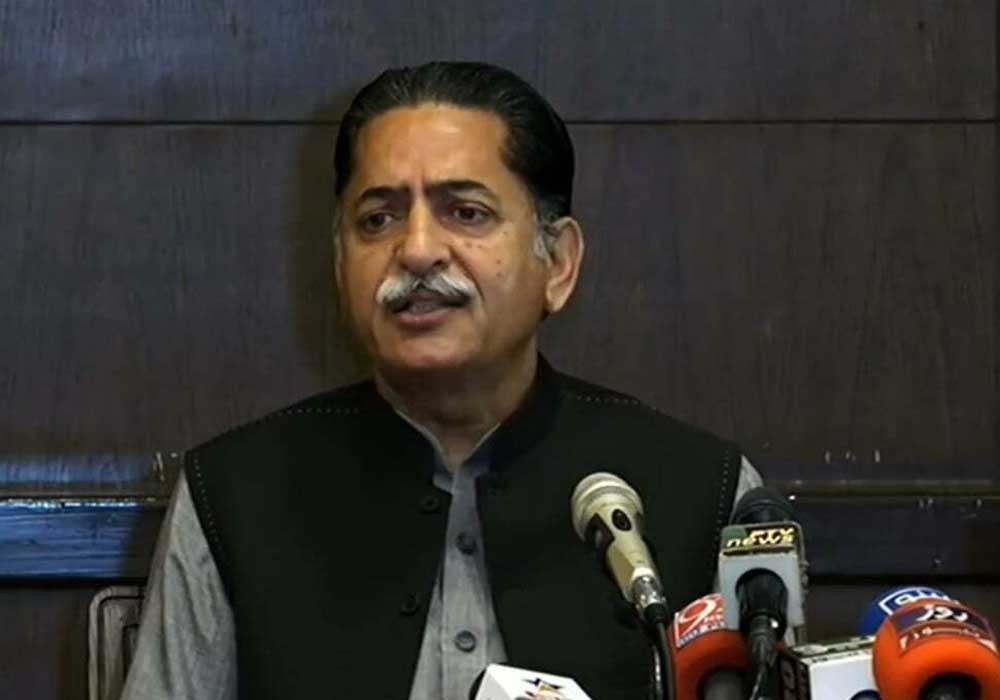 Federal Minister Javed Latif has said that some people will admit that they did not do a good job by removing Nawaz Sharif.

Addressing a press conference in Lahore, Javed Latif said that unfortunately, a rioter has arisen in Pakistan who would not let go of any opportunity. He said that Pakistan’s economy was destroyed; Imran Khan has been playing games with the state and poisoning minds against institutions. He asked whether Imran Khan would continue to be allowed to play the games openly.

Latif further said that young boys and girls were being brought to the bloody march; adding that the state talks to those who follow the constitution. The federal minister also said that they know what Imran Khan has planned around Islamabad and they will surprise that day.

Javed Latif said that there is no contact with Imran Khan through any back channel and neither will it be done. He did not let go of any opportunity which would harm the country; Imran Khan tried the presidential system in the country and if he had been reined in earlier it would not have come to the fore.

He further said that talks are always held with national parties and leadership within the constitutional limits and the state cannot be blackmailed by blackmailing of any armed group. He added that they will not give face savings to the armed group because if this is talked to today the way will be opened for the future. Latif showed a resolve that the state will not negotiate by blackmailing.