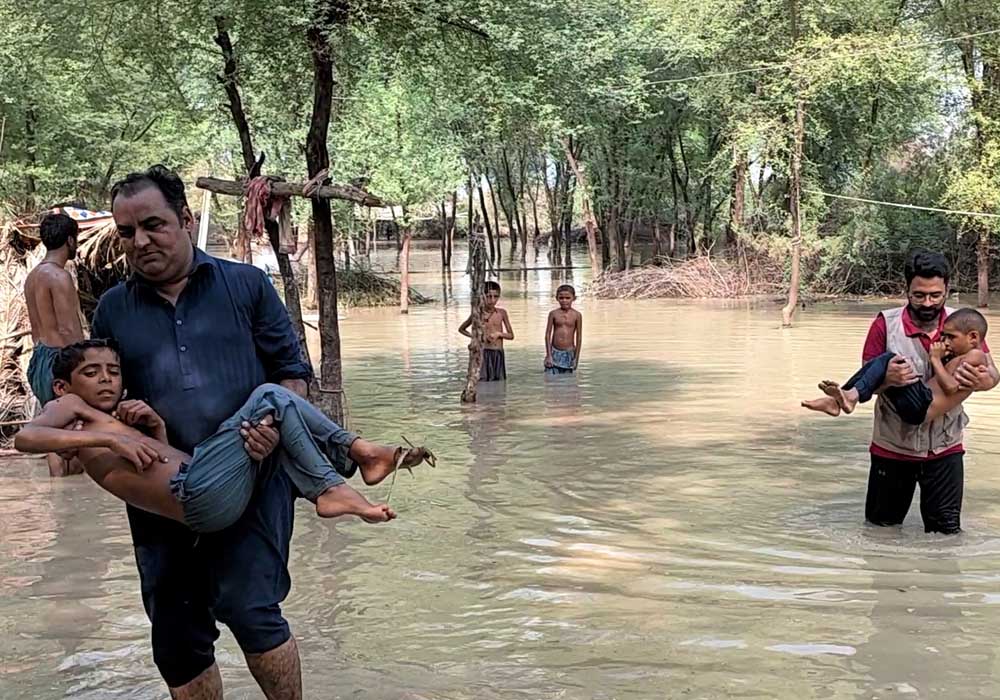 Hundreds of thousands of rain-affected villagers converged on the historical Dulah Dariya Khan Bridge connecting the Thatta-Sujawal district by road, demanding the commencement of relief activities in rain- and flood-affected areas. The hours-long protest that led to the suspension of vehicular traffic for around two hours on the bridge was led by officials of the Pakistan Fisherfolk Forum who condemned the lethargic attitude of the district government in launching a relief operation.

A key leader of PFF Dada Adam Gandro said that the ill-fated families were facing starvation but the district government had shown on the record that they had provided rations and tents in the affected areas but nothing, in reality, was so far done. “Several villages in the riverine area are surrounded by water with no measures for receding water,” he claimed. Muhammad Sommar Mirbahar, head of a village, said that their families were living under the open sky and bearing harshness of weather with no support from the district government. He further said that more rains would aggravate the situation. The protests dispersed after the intervention of police and local authorities.

Meanwhile, rising water level in the country’s largest freshwater lake, Manchhar, near Sehwan has forced residents of the area to move to safer places. According to data received from official sources, the water level in the lake had risen to 119 RL after 12 years. The people from Jhangara Bajara, Bhaan Syedabad, Boobak and other villages near the lake have started migrating to safer places to save themselves from any untoward situations.

An engineer of the irrigation department has said that the water level in the lake had increased due to recent rains. Fishermen have said that the current water level in the lake was dangerous, and there was also a strong wind pressure. One fisherman, Moula Bux Malah, said that due to the pressure of strong winds, the protective dyke of the lake was also in danger. Only one-foot capacity was left in the lake at the time, Malah said, adding that due to the weakening of the spillways of Danstar Canal, there was a fear of their collapse.

The local residents and the fishermen also expressed fear that the dyke at Zero Point was weakening.   They said, “If the protective embankment breaks, the six union councils of Taluka Sehwan will be affected.” “If the protective embankment is broken, the land route of Sehwan city to northern Sindh, Balochistan and Punjab will be cut off,” they feared.