Storms come and go but…

Imran to keep war on ‘thieves’ on 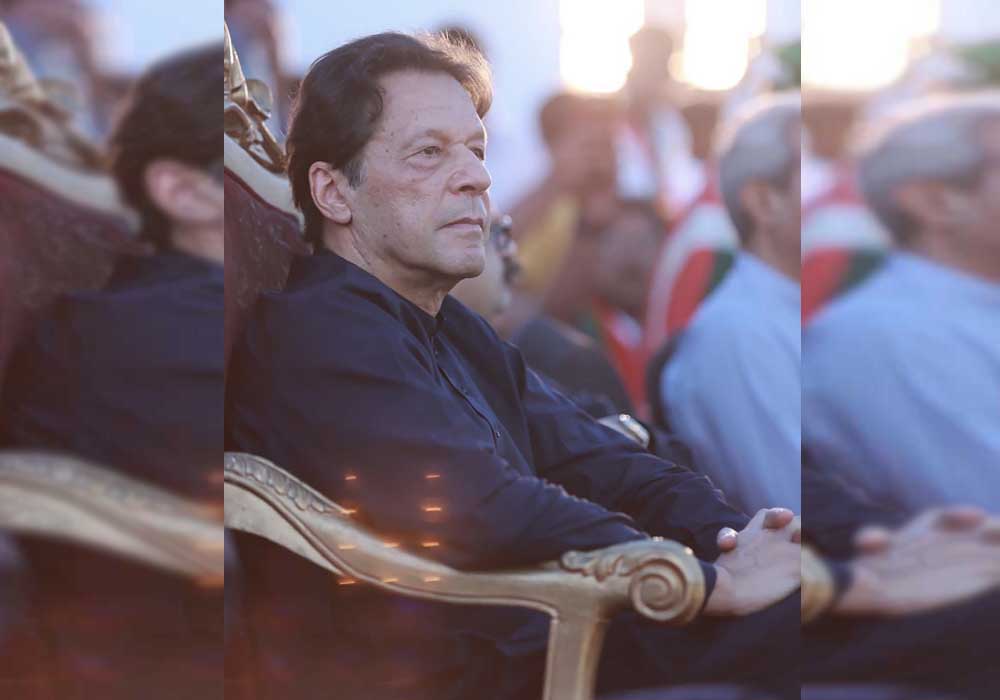 Former prime minister and Pakistan Tehreek-e-Insaf (PTI) Chairman Imran Khan on Saturday said that his struggle against “thieves” would continue whether it was raining or hot weather.

Speaking at a public gathering in Jhelum, the former prime minister said that he was fighting for the supremacy of law in Pakistan. “I have struggled for 26 years while remaining within the boundaries of law and Constitution,” he said.

Talking about the Sharif and Zardari families, Imran claimed that Pakistan was at the top before they ruled Pakistan. “Nawaz Sharif looted the country and is now telling us what to do,” he added.

The ex-premier said that the floods had affected Balochistan, Sindh and Khyber Pakhtunkhwa.

“How will the provinces generate surplus [crops] after all the destruction caused by rains?” he asked, adding that KP’s Finance Minister Taimur Khan Jhagra had been asking to meet Finance Minister Miftah Ismail for two months. The PTI chairman said that the government should hold talks with the International Monetary Fund (IMF). “Shehbaz Sharif and Miftah Ismail say that the IMF programme will be delayed because of us,” he said.

The former prime minister also questioned the government what it was doing for the nation as the flood warning had come a long time ago. “The government was hatching conspiracies instead of making policies to deal with floods,” he added.

He said that ‘Imran Tigers’, a term he uses for PTI’s tiger force, will be activated to volunteer for relief work. “A committee under Sania Nishtar will be set up to identify and coordinate funds allocation based on needs,” he added.

Imran clarified that his movement for “real freedom” would continue alongside the flood relief work. However, according to reports, the party has decided to postpone scheduled political rallies owing to flood devastations across the country. Historic monsoon rains and flooding have affected more than 30 million people over the last few weeks across the country. The destruction of infrastructure and breakdown in communication links adds to the difficulties faced by the authorities in rescue and relief efforts in the region. The government has called on the international community to help as it struggles to cope with the aftermath of torrential rains that have triggered massive floods, killing nearly 1,000 people.