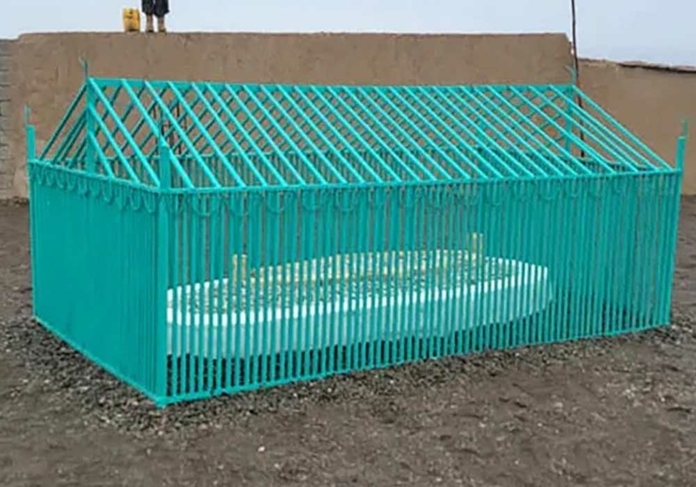 The Taliban on Sunday disclosed the final resting place of Mullah Omar “the founder of the Taliban” after 9 years of his death.

Senior Taliban leaders participated in a ceremony at his burial site near Omarzo, in Zabul province’s Suri district, As per Taliban spokesman Zabihullah Mujahid.

Zabiullah Mujahid added, “Since a lot of enemies were around and the country was occupied, to avoid damage to the tomb it was kept secret.”

He further stated, “Only the close family members were aware of the place.”

“Now that the decision has been made, there are no obstacles for people to visit the tomb,” Mujahid explained.

Official photos showed Taliban representatives gathered around a simple white concrete block tomb, which appeared to be covered in crushed rock and fenced in a green metal cage.

Mullah Omar died in 2013 whereas, the Taliban revealed it in 2015, 2 years after his death

Omar, who was around 55 years old at the time of his death, founded the Taliban in 1993 as an antidote to the decade-long Soviet occupation.