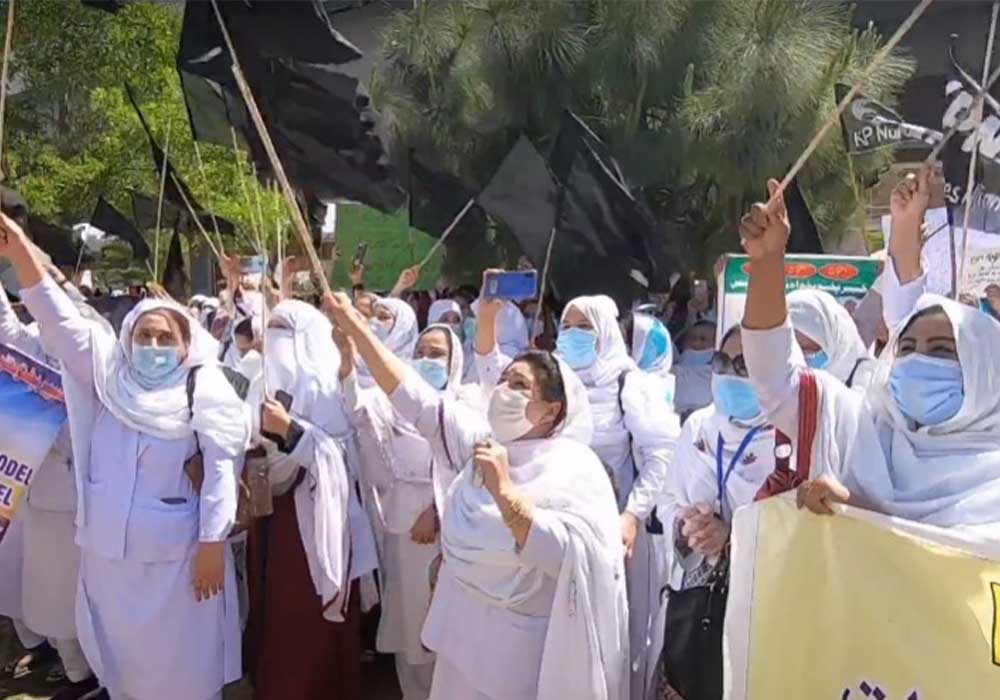 Nurses of Thatta Nursing College staged a massive protest against the maladministration over the lack of facilities at their institution by blocking Thatta-Karachi National Highway on Monday. They accused the principal of a corruption scam and allowed irrelevant people to enter the premises of the hostel without any due reason.

Rimsha, an under-training nurse, alleged that they were not getting the complete amount of their monthly stipend as their principal deduced her “share” from their stipend. She further said there was an acute shortage of basic facilities at the hostel.

Another nursing student Fatima said that their study process had been disrupted due to the inattentiveness of the concerned authorities who had deprived them of basic amenities, adding that unhygienic and subhuman surroundings had exposed their lives to airborne diseases and there was also a shortage of clean potable water. After a vigorous protest that caused the suspension of vehicular traffic on both sides of the main highway, the Thatta district commissioner ordered a thorough probe into the matter.