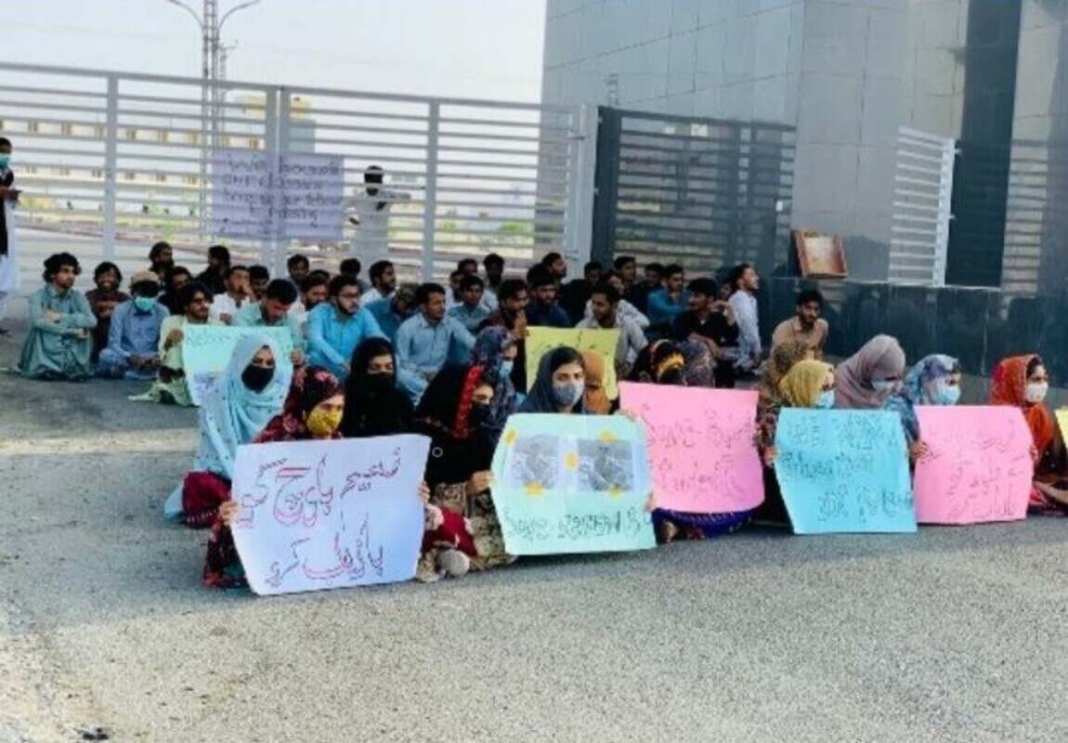 The students of the University of Turbat boycotted their classes against the enforced disappearance of their fellow student while on his way to the varsity.

Students protested in front of the admin office and called for their disappeared fellow to be brought before the public.

According to the students, Naeem Rahmat was forcibly disappeared while he was coming to the varsity on the university bus on March 18. The protesters said that the cases of enforced disappearances had been increasing across the province. “Students have been the victims in most cases,” they said, adding that an attempt was being made to keep the Baloch away from education.

The demonstrators further said that the Baloch students were neither secure inside Balochistan nor in any other province, while also highlighting the profiling and harassment of Baloch students in the federal capital and Punjab province. They demanded that such practices should be stopped.

“If there is any proof against them, including Naeem Rahmat, they must be produced before the courts,” they demanded, saying that the court may award any punishment in case of being involved in anything against the laws of the state.

Separately, the National Democratic Party (NDP) and Baloch Yekjehti Committee (BYC) recorded their peaceful walk against the “culprits” of the Nokundi incident where a driver was shot dead allegedly by security officials. When the people of the town took to the roads demanding the arrest of the nominated culprit, they (FC) allegedly fired on them and killed another while injuring eight others on day one, and some two to three persons on the third day of their consecutive protests.

While recording their peaceful rally on Quetta’s Saryab road, the security forces tried to interfere and stop the demonstrators from protesting. However, the demonstrators asked them to send the relevant authorities (the local bodies such as the assistant commissioner and police) to look after the internal affairs of the district of the city. Despite continuous hurdles from the forces, the protesters maintained and recorded their protest where they asked the ruling government to provide justice to the victims of Nokundi.