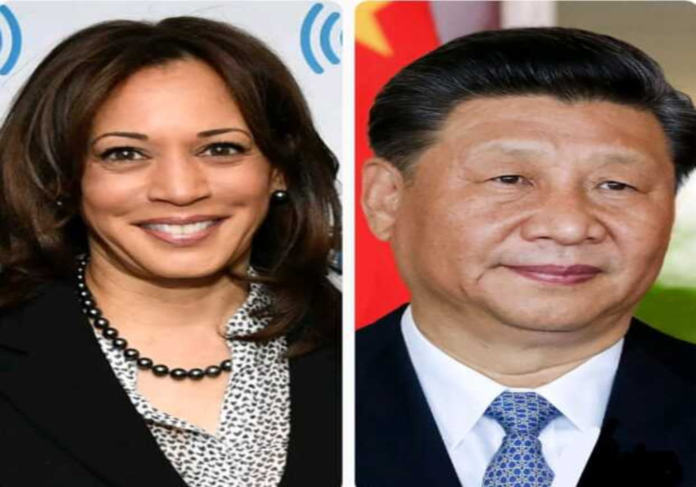 United States Vice President Kamala Harris in her meeting with Chinese President Xi Jinping calls for open communication between US and China.

The Kamal-Xi meeting happened on the sideline of the APEC summit in Bangkok, as per a White House official.

Harris stated that we must maintain open lines of communication to responsibly manage the competition between our countries on condition of anonymity.

She also held meeting with PMs of Japan, South Korea, Australia, Canada, and New Zealand to discuss and condemn the North Korea strike.

The conference was called after the US demanded further action from China to restrain its partner North Korea, which conducted a missile test on Friday that US and Japanese officials believed was capable of striking the US mainland.

Harris said, “We do think that Beijing has a role to play.”

Before that, Xi and Biden had a three-hour meeting at a hotel on the Indonesian island resort on the sideline of the G20 summit.

This was the first time since they both took office that the presidents of the two largest economies had met face to face.

Both sides gave the meeting a good outlook by stating their desire to work together on issues like climate change and stop recent tensions from getting out of hand.